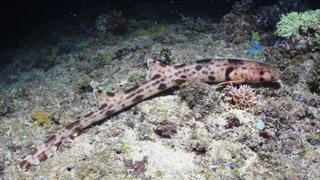 Scientists in Australia have discovered four new species of shark that use their fins to walk.

They were found off the coast of northern Australia and the island of Papua New Guinea, during a 12-year study.

Eagle-eyed swimmers can catch a glimpse of the newly-discovered sharks on reefs during low tides.

The sharks present no risk to humans - the walking wonders dine on small fish in the shallow waters.

Want to learn more about sharks? 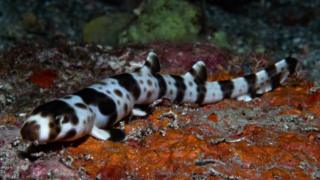 Christine Dudgeon, a scientist at Australia's University of Queensland, said: "At less than a metre long on average, walking sharks present no threat to people."

Sharks are older than dinosaurs, dominating the seas for 420 million years. The oldest dinosaur fossil is thought to be around 240 million years old, by comparison.

In order to feed on fish in shallow waters the sharks have evolved over time - using their fins not to swim but to walk.

Talking about the sharks' unique bodies, Christine said: "Their ability to withstand low oxygen environments and walk on their fins gives them a remarkable edge over their prey of small crustaceans and molluscs."

Researchers hope that studying these sharks will help us to understand why some animals change and adapt over time while others stay the same.

Let us know what you think of these new sharks in the comments below.