Sport England: Why are children from Black, Asian and ethnic minorities less active? 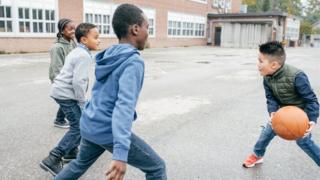 Children from Black, Asian and minority ethnic (BAME) backgrounds are less likely to take part in physical activities, according to a new report.

The findings have been published by Sport England - which provides funding for lots of different sports.

More than 57,000 children were surveyed about their exercise habits.

Sport England said that only 45% of children between the ages of five and 16 years old are active for at least 60 minutes a day.

When it comes to children from BAME backgrounds, the number reaching that national target is even lower.

Young athletes smashing it at the Youth Winter Olympic Games

The report also reveals that while White British children are significantly over-represented in sports such as golf, swimming, cycling and rugby, young people from Black backgrounds are over-represented in activities including basketball, track and field, and dance.

Young people from Asian backgrounds are significantly over-represented in activities including badminton, cricket, handball and basketball.

Children and young people from an Asian background have one of the lowest activity levels overall. 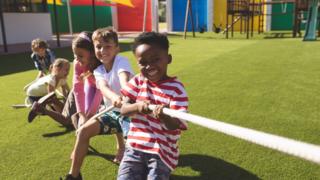 There can be lots of different reasons a young person might struggle to be active.

Lisa O'Keefe, Sport England's Director of Insight, told Newsround that children are more likely to take part in a sport if they are 'physically literate'.

This means that they: 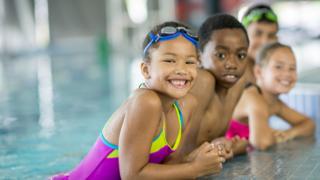 Children and young people from Asian backgrounds are less likely to say that they find sport easy or enjoyable than those from other ethnic groups.

But it's less clear why children from Black backgrounds fall below the average when it comes to exercise, with many being physically literate according to all the categories.

Racism in sport can influence whether a child chooses to get involved in a particular activity.

Gender, wealth and the type of neighbourhood a child grows up in also all play a part, with some children having easier access to more opportunities than others.

Some sports can also be more expensive to take part for example, if more equipment is needed. 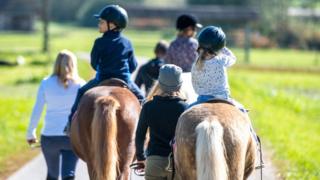 Another reason might be because of how much adults exercise in general, within different racial or cultural groups.

Lisa said: "Parents are role models for their children's activity levels, so if parents aren't active, their kids will be less likely to be active too."

What can be done to get more BAME children taking part in physical activities?

Sport England said that parents, carers, schools and local clubs have a really important role to play in providing children and young people with the opportunity to access particular sports.

It also wants the barriers BAME children face - whether cultural, lack of opportunity or motivation - to be addressed to make getting active an easy choice.

Lisa told Newsround: "Everyone deserves the right to reap the mental and physical health benefits of an active lifestyle, and it's especially important for children to develop habits at a young age because active children are more likely to be active adults." 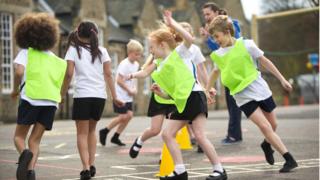 She added: "All the research shows that enjoyment is the number one driver in motivating children to be active across all ethnicities. So when putting on an activity for a young person, make it fun!"

What sports do you play? Are there any sports that you'd like to try, but you don't feel you have access to? Let us know in the comments below.

Kids try out new standing desks to keep them active

Screen time for children: What do you think about this advice on using devices?

All kids in England to have their say on childhood