Billie Eilish at Glastonbury: A timeline of her life and career 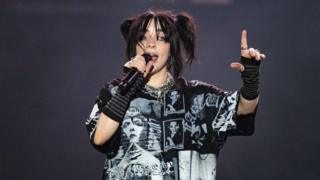 Billie Eilish likes to break rules as well as records.

After emerging at just 13, she became the youngest person to win Album of the Year at the 2020 Grammy Awards, and at 20 is the youngest Glastonbury headliner EVER.

She is one of the world's most popular artists, but after years of work and success, how did she get here?

Glastonbury festival is back! All you need to know

Billie is born on 18 December 2001 in Los Angeles, California in the US.

She writes her very first song about falling into a "black hole". 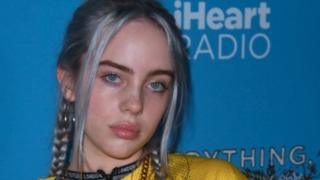 Encouraged by her dance teacher to make her own music, Billie records a song her brother Finneas wrote called Ocean Eyes and uploads it to a music sharing website called Soundcloud.

After sending the link to her teacher, Billie is surprised at the amount of attention the song gets.

The song got 1,000 plays in one day. Ocean Eyes now has nearly 35 million listens on SoundCloud!

It was really confusing. I didn't understand what was going on. I literally thought it was like my popular friend had reposted it. 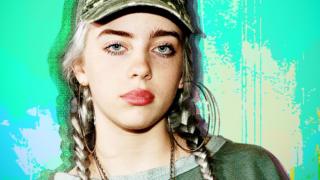 By August 2016, Billie has been signed to a record label, and in November 2016 a music video was released for Ocean Eyes.

Billie has been home schooled her whole life - she says that this has helped her balance both her creativity and her work. 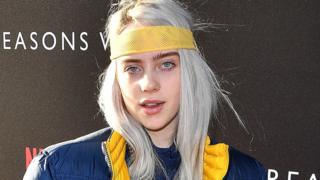 The artist starts to get more attention after her track, Bored, features in a major Netflix series.

Later that year she releases her first EP Don't Smile at Me.

She heads on her first headlining global tour - Where's My Mind?

Billie collaborates with American singer Khalid for the single Lovely, released in April 2018 and added to the soundtrack for the second season of 13 Reasons Why.

Billie reveals that she has Tourettes Syndrome, a condition which causes involuntary sounds and movements. 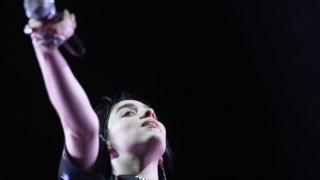 Billie releases the single Bury a Friend. It reaches number 14 in the US and number one in the UK.

She then releases Bad Guy. It reached number two in the US and the UK singles charts.

For the We All Fall Asleep world tour Billie plays a huge 66 shows including dates in Australia, Mexico and Europe.

If I was a guy and I was wearing these baggy clothes, nobody would bat an eye.

She then releases her debut album When We All Fall Asleep, Where Do We Go? in March. It becomes the highest-selling debut album of 2019.

The singer also becomes the youngest female solo artist to score a number one album in the UK.

In an interview Billie speaks about her choice to wear baggy clothes, saying she supports how anyone wants to dress as long as it makes them happy. 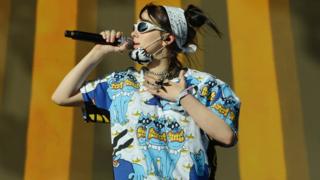 In June 2019 Billie performs a 60-minute set at the legendary Glastonbury music festival to 40,000 crowd.

In September she announces that she is making her Where Do We Go? 2020 World tour as green as possible by banning plastic straws, encouraging fans to bring their own water bottles and having multiple recycle bins placed in each venue.

In December she releases the self-directed video for the single Xanny. 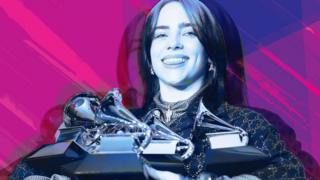 At the 2020 Grammys in January Billie wins five awards including best new artist and song of the year, and makes history once again, as the youngest person ever to win Album of the Year for When We All Fall Asleep, Where Do We Go?

Her brother, Finneas, won Producer of the Year, Non-Classical.

Gets her first UK number one for the Bond song, No Time To Die.

Wins the Grammy Award for Record of the Year for her single "Everything I Wanted".

New Album Happier Than Ever comes out. 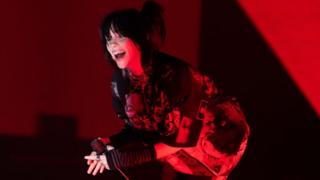 Wins an Oscar for her bond theme tune, No Time to Die and had her songs featured in the Pixar movie, Turning Red.

In June she became the youngest EVER headliner at the 2022 Glastonbury Festival.

The LA star was also the first artist to headline the festival's main pyramid stage since the event returned after a three year break due to the pandemic.

She played for over an hour doing big hits like Bad Guy, Happier Than Ever and Ocean Eyes.

Grammys 2020: Who were the big winners this year?

What was the Partition of India?