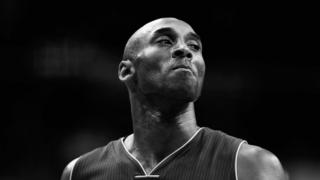 Tributes have been paid to one of the world's greatest basketball players - Kobe Bryant.

He died in a helicopter crash in the United States on Sunday morning.

Thousands have been paying tribute to Kobe and his family on social media, including US President Donald Trump, former president Barack Obama and Usain Bolt.

Some of the stars at last night's Grammy awards, including Lizzo and Lil Nas X, have also honoured him.

Kobe was travelling to a girls' basketball game with his 13-year-old daughter, Gianna, and seven others when the crashed happened in the state of California.

Although no one on the ground was hurt, no one in the helicopter survived.

Officials are now investigating the crash to find out what caused it. 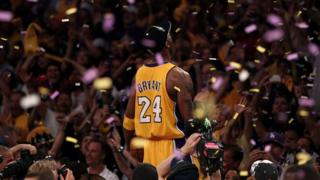 Who is Kobe Bryant?

More children are being encouraged to play basketball

A history of basketball in the UK

Who was Kobe Bryant?

Kobe is considered to be one of the greatest basketball players of all time.

For twenty years he played for the LA Lakers. The team is based in Los Angeles, California and it's one of the top basketball teams in the United States.

He also took part in the 2008 and 2012 Olympic Games, where the US basketball team won gold both times.

The player retired in 2016, and in 2018 he won an Oscar for a short animation which was based on a letter he wrote called 'Dear Basketball'.

Kobe's daughter, Gianna, was passionate about basketball and had hoped to have a career as a player in the future too.

What do I do if I'm upset by the news?

There are things you can do if you're upset by the news. 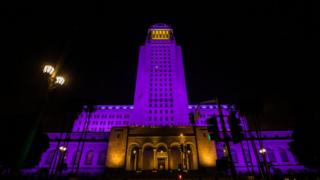 Twitter / @MayorofLA
The mayor of Los Angeles tweeted this picture of the city hall lit up in the LA Lakers colours - purple and yellow - in honour of Kobe Bryant
Who has been paying tribute to Kobe Bryant?

Messages have been pouring in from around the world for Kobe, his daughter Gianna, and his family.

Kobe had three daughters - Natalia, Bianca and Capri - with his wife Vanessa.

A number of famous sport stars, singers and even the US President Donald Trump have paid tribute to him. 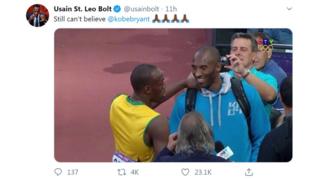 Will always be remembered. A sad day. 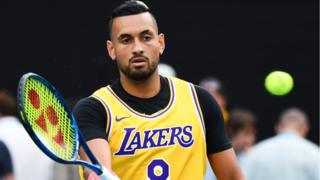 He put it on to warm up for his game against Rafael Nadal at the Australian Open tournament in Melbourne. 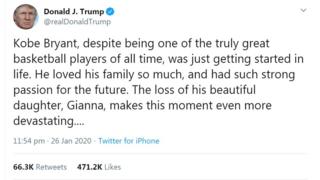 Kobe, We love you brother... We're praying for your family and appreciate the life you've lived and all the inspiration you gave. 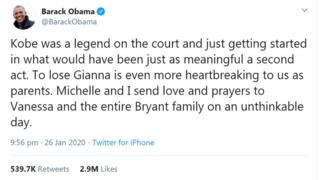 Kobe meant so much to me and to us all. Sending my prayers, love, and endless condolences to Vanessa and the family and anyone who lost someone on that flight. 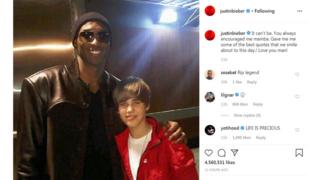 History of basketball in the UK