Harry and Meghan waxworks spotted out and about in Toronto 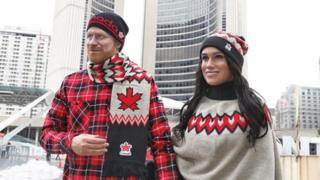 Wax figures of Harry and Meghan in Madame Tussauds in London were moved away from the rest of the Royal family following the news that the famous couple were going to be stepping away from their royal duties.

But now a new set of waxworks have been spotted out and about in the couple's new home of Canada.

Prince Harry: I'm sad it's come to this

Fans have been thrilled to see the waxy couple at sightseeing locations across Toronto, including in front of the famous CN Tower. 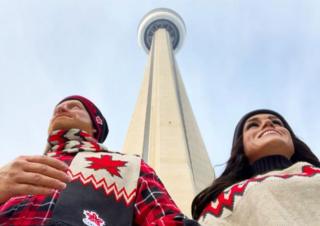 It doesn't look they'll be going away anytime soon so they'll likely be popping up at even more places around the city in the weeks to come.

Maybe one day they'll even make it over to the Royal couple's hideaway on Vancouver Island and come face to face with the real deal.

We wonder if baby Archie will maybe even get one too? 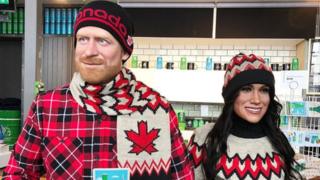 Harry and Meghan: What next the royal couple?

Harry and Meghan: Kids tell us what life's like in Canada

Reckon you know everything about the Brits? Try our big quiz