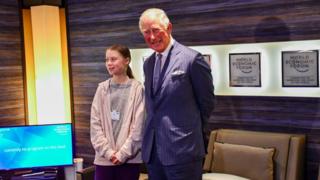 Greta Thunberg and Prince Charles probably aren't two people you'd expect to see hanging out together - but their shared passion for the environment has brought them together.

The 16-year-old Swedish climate activist and 71-year-old Prince of Wales met at the World Economic Forum, a massive event where entrepreneurs, scientists, business leaders and politicians come together to talk about how to tackle world problems.

It's being held in Davos, in Switzerland with sustainability the theme of this year's event.

Both Greta and the heir to the UK throne gave speeches, with Greta joining other young climate activists to speak to world leaders on Tuesday. 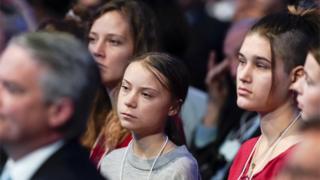 In her address Greta Thunberg called on world leaders to abandon fossil fuels in order to "save the world".

Speaking shortly after US President Donald Trump, she strongly criticised politicians and business leaders for what she said were continuous "empty words and promises".

Prince Charles travelled around 80 miles to Davos from the Swiss city St Gallen in an electric Jaguar to deliver his speech to business and political leaders.

Speaking at the event, Prince Charles said a "shift" is needed in the way the world deals with climate change,

Do we want to go down in history as the people who did nothing to bring the world back from the brink, in trying to restore the balance, when we could have done? I don't want to.

He also talked about plans to encourage "rapid" decarbonisation, by reducing the use of fuels with high carbon content, and the need to move towards more sustainable markets.

He said he is launching a "Sustainable Markets Initiative", which will bring together private and public sector leaders, heads of charities, and investors to work towards these goals.

He called for 2020 to be "the year that we put ourselves on the right track" and for the private sector to "lead the world out of the approaching catastrophe into which we have engineered ourselves". 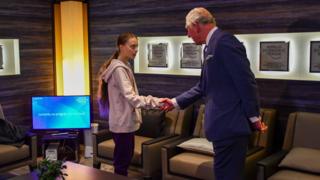 Sharing Greta's plea for action on climate change to be taken as soon as possible, he said: "Do we want to go down in history as the people who did nothing to bring the world back from the brink, in trying to restore the balance, when we could have done? I don't want to."

"Just think for a moment, what good is all the extra wealth in the world gained from business as usual if you can do nothing with it except watch it burn in catastrophic conditions."

The Prince also told how his sons, the Duke of Cambridge and Duke of Sussex, and grandchildren Prince George, Princess Charlotte, Prince Louis, and baby Archie have been in his mind when he's campaigning for the environment.