Space: What should Nasa's next Mars rover be called? 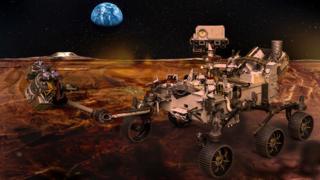 Nasa will be sending its next rover to Mars later this year and members of the public will help to decide what it should be called.

The US space agency invited students aged four to 18 in America to name the rover by entering an essay competition.

Nasa received a huge 28,000 entries and a panel of nearly 4,700 volunteer judges have helped to whittle these down to the final nine contenders.

Now a public poll where people can decide on their favourite name has opened. However, voters will need to act pretty quickly as the poll closes on January 27.

The nine student finalists will then discuss their rover names with a expert panel and the overall winner be announced in March.

How to design a Mars-proof robot 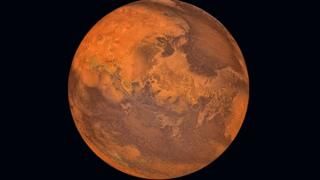 The rover, which weighs more than 1000kg, will search for signs of past microbial life, collect samples and it'll also help experts learn more about the planet's climate and surface.

It's hoped that it'll lead the way for more human exploration of the red planet in the future. The spacecraft is targeted for a July 2020 launch and is expected to touch down on Mars in February 2021.

Voting here won't affect Nasa's project but we'd love to know which of the final 9 do you like best? Have your say below!