Why are frozen iguanas falling out of trees in Florida? 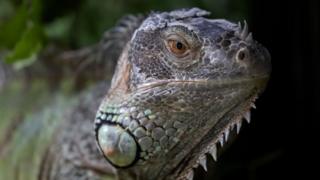 The National Weather Service (NWS) in Florida in America has been warning that frozen iguanas are expected to fall from trees as temperatures drop.

Yep, iguanas can freeze once temperatures drop to around four degrees Celcius.

These cold-blooded creatures get energy from the warmth of the Sun. But they slow down as temperatures drop, eventually becoming immobile and losing their grip on the trees they live in - which means they just fall out!

But not to worry, they aren't dead. The iguanas will eventually thaw and get moving again. 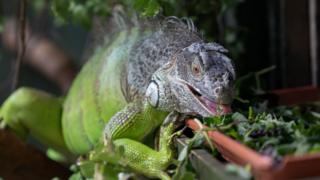 The NWS sent a message on Twitter to let the public know that they may see falling iguanas.

They can be a dangerous if they just fall from a trees on to cars or even onto people - don't forget they aren't all small creatures, an adult male iguana can grow up to five feet in length!

But people in Florida aren't too worried as it's something that happens most winters. 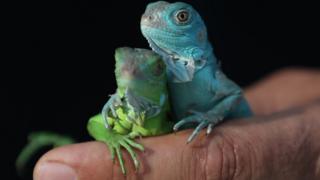 How do iguanas freeze?

The reason why the lizards have such a hard time in winter is because their bodies aren't adapted to it.

Florida is usually really warm and iguanas are cold blooded, this means that their body temperature depends on on what the temperature is outside.

The blood in their bodies cools down in cold weather, they get sluggish at first and, as temperatures get lower they freeze.

The iguanas do keep breathing and their main body functions still work, it's their body's way of protecting them until the temperature warms back up.

But if the cold weather continues for a long period of time, a frozen iguana could eventually die. 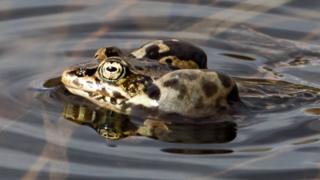 Iguanas aren't the only animals to do this, another example is the wood frog that lives in Alaska.

During the coldest months of the year, the liquid around their cells form ice crystals, freezing 60 percent of their body.

Their hearts even stop, but come spring, they thaw out and hop away!

The little iguana in special training