Sheku Kanneh-Mason: The cellist is challenging Stormzy in the Top 10 UK album charts 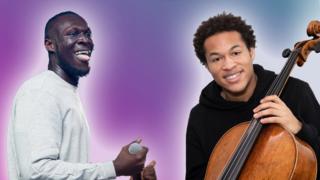 A classical musician has become the first cellist ever to reach the Top 10 of the UK album chart.

Sheku Kanneh-Mason, who performed at Prince Harry and Meghan's wedding back in 2018, released his album Elgar this month.

It entered the charts at number eight, putting the 20-year-old among the likes of Selena Gomez, Stormzy, Harry Styles and the next James Bond theme song singer, Billie Eilish.

The cellist is also the first classical musician to break into the top 10 of the album charts in over 30 years. The last instrumentalist to gain this level of success in the UK charts was violinist and violist Nigel Kennedy, who reached the number three spot in 1989.

The Brit nominations are out - but there's a problem

Ed Sheeran is the Number 1 Artist of the Decade 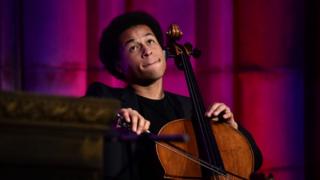 Sheku, who was the first black musician to win the BBC Young Musician competition back in 2016, has recently spoken out against the lack of diversity in the world of classical music.

"I've benefited from having so much music education," Kanneh-Mason told the Radio Times. "And the thought that lots of people won't have something even close to that same level is a real shame. Diversity needs to start way, way before people are auditioning. If actual education is not invested in and supported, then nothing will change."

The cellist comes from a very musical family. He is one of seven siblings who all play instruments and the family even appeared on Britain's Got Talent in 2015 where they made it all the way to the semi-finals.

Sheku feels that he's gained a lot from his music education which he began at a very young age and he also went a school to a school where his passion for classical music was encouraged. However, he doesn't believe that others are given the same opportunities.

The cellist is an ambassador for the charity London Music Masters, which aims to make music education more accessible for children and young people in London's inner-city schools. He visits schools to inspire young musicians who are also interested in a career in classical music.

Why learning music at school is so important

Coronavirus: Why UK schools are sending home pupils who've been to Italy

Why are girls so embarrassed about their period?