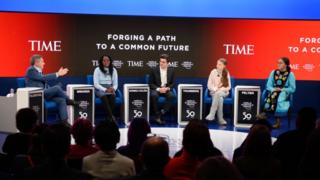 Greta Thunberg and a number of other young activists are currently at the World Economic Forum (WEF) in Davos, Switzerland.

The teenagers have been speaking at the annual meeting which is celebrating its 50th anniversary.

Every year, politicians and top business people from across the globe gather to discuss important issues like climate change, the economy and technology.

American President, Donald Trump, whose impeachment trial begins on Tuesday, is expected to give a speech at Davos.

2020 is the first year that a group of teenagers have been invited to the WEF.

Four of the young change-makers took part in a panel event where they discussed issues including climate change, the media, politics and the impact young people can have on the world.

Here are some of the important things they said.

The climate and the environment is a hot topic right now thanks to young people pushing. But if you see it from another perspective, pretty much nothing has been done.

17-year-old Swedish climate activist Greta Thunberg spoke on the progress that has been made when it comes to climate change.

She has become a key figure in a global movement campaigning for more to be done to tackle climate change.

At the WEF, Greta praised young people for the impact they've had when it comes to highlighting the issue, but she also expressed that not enough has been done in this area. 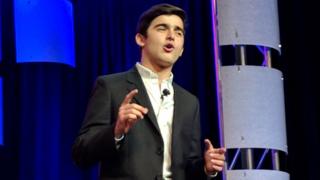 17-year-old Salvador Gómez-Colón is from Puerto Rico. He started a campaign to help the country after it was badly impacted by Hurricane Maria back in 2017 and he's also taken part in climate change protests.

He spoke about the youth being more active and stepping up at the WEF, but he also believes that lots more needs to be done to bring about change. 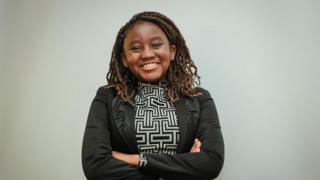 The older generation has a lot of experience, but we have ideas, we have energy and we have solutions for the now problems and the ones that are coming up.

Natasha Mwansa is from Zambia and has spoken out on a number of issues including the well-being of young people and girls' and women's rights.

She spoke about the importance of adults and young people working together to tackle important issues and feels that young people should be involved at every stage when it comes to leaders taking action. 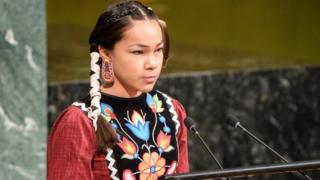 If you have an idea or a solution, or a way you can help, just do it.

Autumn Peltier is from Canada. She had been campaigning to get clean water for indigenous communities in Canada since she was eight-years-old and was named the Chief Water Commissioner by the Anishinabek Nation last year, representing many people who don't have access to clean drinking water.

At the WEF, Autumn encouraged people to take action if they have an idea or a solution which they think can help change the world.

Climate change: Should you give up flying to save the planet?

How has Storm Dennis affected the UK?