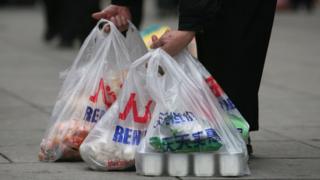 China has revealed plans to reduce the amount of single-use plastic in the country.

The country is one of the biggest users of plastic in the world.

Now non-degradable bags - those which don't rot or break down naturally like paper and wood - will be banned in major cities by the end of 2020, and in all cities and towns by 2022.

China has the largest population on the planet. With 1.4 billion people living there, the country has been struggling to deal with the amount of waste created by people and businesses.

The country's largest rubbish dump, which is the size of around 100 football fields, is already full 25 years ahead of schedule.

But China isn't the first country trying to tackle its plastic waste, here are some others around the world.

The government there said they would set targets for companies that create or sell plastic products so they are more responsible for their plastic waste.

Canada has not yet decided exactly which single-use plastics they will ban.

They say this decision will happen after a scientific review into which plastics are most harmful.

In June 2019, the government of Bali made the decision to ban single-use plastic in the country.

Thailand has said that single-use plastic bags will be banned in major stores, with a complete ban across the entire country in 2021. 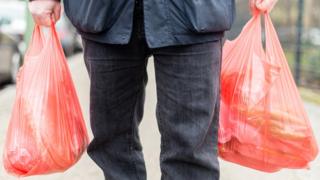 In August 2019 Germany's environment minister Svenja Schulze announced plans to introduce a new law banning the use of plastic bags.

Just three years earlier, the government made an agreement with German retailers to limit the use of plastic bags.

Some retailers opted for more environmentally friendly alternatives and those which did offer plastic bags had to charge customers to use them.

Which other countries have ditched plastics? 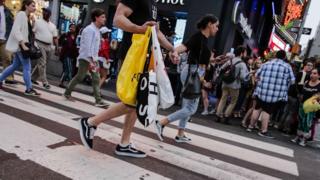 Single-use plastic bags will no longer be given to customers from March 2020.

New York isn't the first place in America to do something like this.

Hawaii was the first US state to ban plastic bags and California has also brought a ban in.

Bangladesh was the first country in the world to introduce a ban on plastic bags back in 2002.

A number of other countries have banned single-use plastic bags including Kenya, Rwanda and China.

Pakistan introduced a ban in August 2019.

Microplastics: Why plastic is causing big problems for worms