Periods: Schools in England will receive free products for students 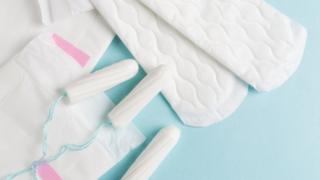 From today, all primary schools, secondary schools and colleges in England will be provided with free period products for their students.

The introduction is part of the Department for Education's (DfE) plans to end period poverty.

Want to know more about periods?

'It's really helpful to talk about periods'

Find out more about coping with changes in your body

It's estimated that the average woman spends a whopping £4,800 on period products during her lifetime.

Some people are unable to access sanitary products because they can't afford them.

Almost half of British teenagers feel period poverty holds pupils back from going to school or college and 32% say they've either been directly affected by period poverty, or they know someone else who has. 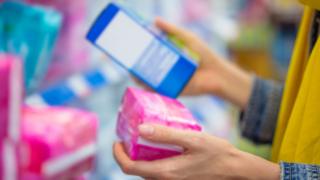 The sanitary products, which are being provided by hygiene service, phs Group, will include environmentally-friendly reusable pads and menstrual cups as well as tampons and towels.

A 12,000 square foot (3657.6 square metre) warehouse in Birmingham is being used to house the millions of period products.

What's happening in other parts of the UK?

In 2018, the Scottish government introduced a scheme to provide free sanitary products in all schools, colleges and universities. At the beginning of 2019, it also pledged to give an additional £4 million to councils to provide period products in public buildings like leisure centres and libraries.

Scottish Labour Party politician Monica Lennon is currently trying to push through a law which would make sanitary products available to all women free of charge.

The Welsh government announced that primary and secondary pupils in the country would given access to free sanitary products in April last year. It's committed to providing a further £3.1 million to help tackle period poverty in 2020. An additional £220,000 will be available to councils to provide products in libraries and community hubs for women who can't afford them.

Free period products aren't currently being provided nationwide in Northern Ireland. The country didn't have a government for three years, but it's now back in action. However, in 2018, Derry City and Strabane District Council became the first local authority in Northern Ireland to make sanitary products available in some of its public buildings.

How expensive is school uniform?

Dentists are asking schools in England to go sugar-free

Guess what? Humans have a new organ!