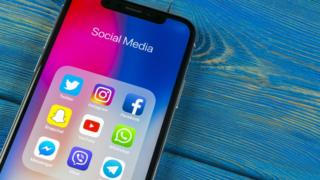 There's a big discussion between experts and social media companies over whether social media is good or bad for us.

Now a group of UK doctors say they will never understand the risks and benefits of social media use on children's mental health unless social media companies share data with them.

The Royal College of Psychiatrists has released a report saying social media companies, such as Facebook, Twitter and Instagram, should be forced to share details about how young people use their sites, how they choose which content to show them, and how much time children spend online. The data collected would be anonymous.

Psychiatrists are doctors who are concerned with our mental health.

Most social media platforms say users must be at least 13 years old to have an account, but many young people ignore these rules.

Is social media good or bad for you?

Social media gets in the way of teens' sleep and exercise

Why are there lots of bad things online?

Psychiatrists say that while there is growing evidence internet use can harm mental health, research is still lacking.

They're also asking for companies to pay a new tax, which would help pay for research into how a child's online activity affects their mental health. 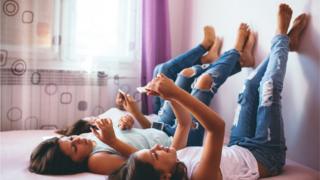 What are the pros and cons of social media for children?

There are positives to using social media and technology, such as having fun with friends, keeping in contact with family and getting access to support and information.

It can be unsafe for children to use social media without proper protections and many companies have age limits for their apps, some content online isn't suitable for young people, mental health protections are an issue and psychiatrists say screen time can also be harmful.

Get advice from BBC Own It

When people’s posts are getting you down

Cyber bullying - Is what you're posting online mean? 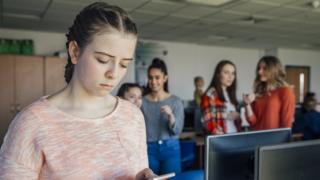 Getty Images
What advice do doctors have for kids about being online?

What are people saying about the idea? 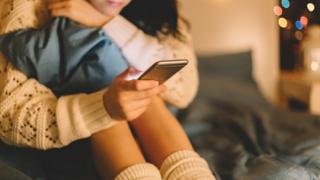 Dr Bernadka Dubicka, who helped write the report, said she was seeing a growing number of children acting negatively or feeling bad about themselves as a result of their use of social media and online discussions.

She said: "It is time for government to step up and take decisive action to hold social media companies to account for escalating harmful content to vulnerable children and young people."

The government says a group to monitor online safety is planned. It's hoped it will be in place from April, as part of a package of measure to keep UK users safe online, known as the Online Harms White Paper.

Tech UK, which represents technology companies, said data by itself "will rarely provide the full picture".

The group says that many social media companies already work with researchers, academics and charities on a range of issues relating to their products and services and they work with charities to help deepen the understanding of how people are engaging with harmful online content.

Marjorie Wallace, chief executive of the mental health charity Sane, said it was "shocking" so little had been done to protect vulnerable young people.