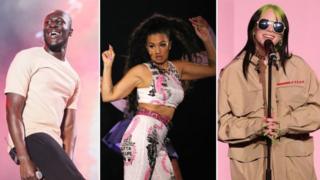 The Brit awards are back and will be celebrating their 40th Anniversary this year.

The awards will take place on 18 February with lots of surprises planned and changes to the show, according to organisers.

They will be reducing the number of awards on the night to just nine, giving the artists more performing time.

They will also be going back to the classic look of the trophy and changing the name of the Critics' Choice Award to the Rising Star Award.

There is also a pretty epic line-up of stars that will be performing at The O2 in London, from Harry Styles to Stormzy.

Here is the star-studded line-up - check out who's going to playing live and click here to vote on which act you're looking forward to seeing most!

QUIZ: How well do you know your Bond song singers? 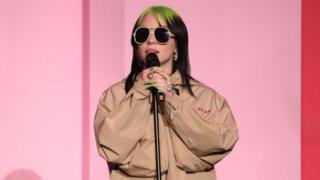 Billie Eilish became the youngest-ever female solo act to top the UK Album Chart last April with her debut 'When we all fall asleep, where do we go?'.

It was announced on 14 January that the 18-year-old has also recorded the title track for the new James Bond film, No Time To Die.

The pop singer is the youngest artist in history to write and record a theme for the film franchise.

She has been nominated for the Best International Female Solo Artist award. 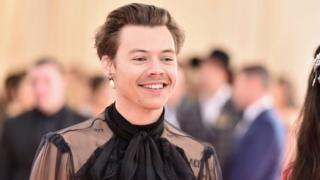 The singer has kept pretty busy since 2017 though, making his film debut and modelling.

Harry is nominated for Best Male and Album of the Year. 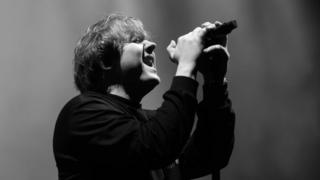 Lewis Capaldi has had a really good year with his debut album 'Divinely Uninspired To A Hellish Extents' pending six weeks at number one in the UK Album Chart.

Lewis's album has now been announced as the biggest-selling UK album of the year.

He is nominated for four BRITs this year: Best Male, Best New Artist, Song of the Year and Album of the Year.

Only London rapper Dave has as many nominations - the pair will be going head-to-head in the same four categories. 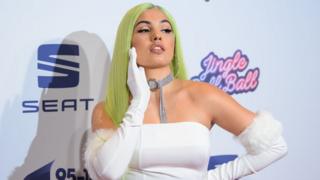 Mabel's song 'Don't Call Me Up' spent weeks in the UK top three, and was the biggest-selling single of the year by a UK female artist.

The pop star officially has the most BRIT nominations for a female artist this year with three, for Best Female, Song of the Year and Best New Artist. 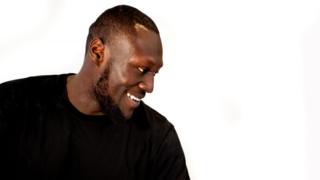 Stormzy has had an incredible 2019 and was the headline act at the Glastonbury festival.

This year his second studio album 'Heavy is the Head' took top spot, then came a public beef with rapper Whiley, where the both dropped some 'diss tracks' with many Stormzy fans - including the rapper himself - stating that he had won the grime battle.

It's not the first time that Stormzy has hit the BRIT stage - the rapper performed in 2018 when he won an award for his debut album 'Gang Signs & Prayer'. 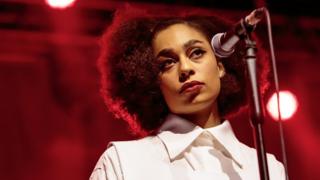 Getty Images
Celeste is the BBC Sound of 2020 winner

Jazz singer Celeste will take to the stage after already being named as the winner of the Rising Star Award.

But she's already followed that up by being named the BBC's Sound of 2020 winner at the start of this year. The poll was set up to try to predict the most exciting new musical talent of the next 12 months.