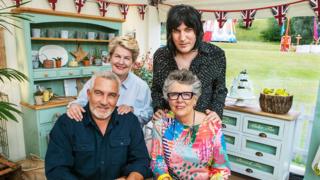 Sandi Toksvig has decided to leave The Great British Bake Off after three series.

Sandi and Noel Fielding started presenting the programme when it moved to Channel 4 from BBC1.

The presenter released a statement on Thursday saying she would be leaving to focus on other work commitments, adding that it was an "all-consuming" show and that hosting had been one of the "great pleasures" of her life.

Sandi will still appear on next edition of The Great Celebrity Bake Off for Stand Up To Cancer, to be broadcast in the spring.

Here are some of her best moments. 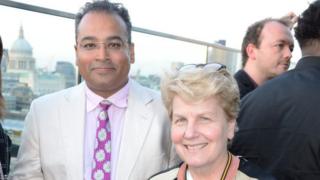 Channel 4 News presenter Krishnan Guru-Murthy suffered a major baking disaster when Sandi tried to give him a helping hand.

It was just meant to be an easy flip of his baked cake, a move that disastrously flopped.

Krishnan's cake was well and truly destroyed and Sandi left her accidental mess on the countertop for him to deal with, before crab walking out of frame to avoid any more awkwardness. 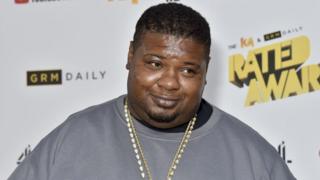 After the Godfather of British grime Big Narstie suddenly dropped out of the celeb special because of a health issue, one presenter had to take one for the team and that was Sandi, dubbed "Little Narstie".

Sandi stepped in for the showstopper round of the episode.

After two years of presenting, you might think she would have picked up some baking tips from the star bakers but sadly that wasn't the case.

Fortunately for her, producers were kind enough to gift her with an actual recipe, and she even got one of Paul Hollywood's famous handshakes! 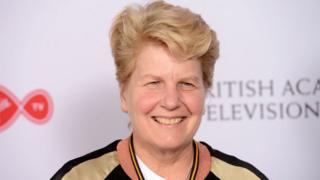 Throughout her time presenting Bake Off, Sandi has never been shy of sharing her own puns and jokes.

Each episode Sandi brought her unique humour to the show; making fun of contestants' baking disasters, funny comments about Paul, and even messing about in a hot air balloon with fellow presenter, Noel Fielding.

Whatever Sandi did, it was always guaranteed to make Bake Off fans giggle.

Eight supersized food creations from around the world

Will there be a royal Bake Off?

Junior Bake Off 2019: We catch up with the winner Fin