Youth football: Scotland to ban children under 12 heading the ball

The ban could be introduced in the next few weeks, and is because there has been new research about a possible link between football and the brain condition dementia.

The Scottish Football Association (SFA) is said to have taken the decision after a report found former players - who played with old style heavier footballs - could be more at risk from the disease.

There is already a ban on kids heading footballs in the United States which was introduced in 2015.

Dementia can make it difficult to remember things. People might forget who family members are. They might get lost or they may forget what everyday objects are called.

It can make people behave in a way that they've never done before. They may become very upset, sad or angry - and find it difficult to deal with these feelings.

This is far from the first time this issue has been in the news.

How else can heading the ball affect young players?

He used to play for Tottenham Hotspur and Hull before he was forced to retire in February 2018 after suffering a head injury in a collision with another player.

Mason, who now coaches Tottenham Hotspur's under-18 team, suggested that children used sponge balls to learn the technique rather than heading harder footballs. 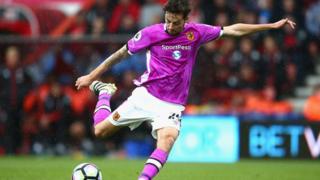 How did the decision to ban heading come about?

A study released in October reported the first possible links between former footballers and brain disease. The report suggested players could be three and a half times more likely to die of dementia.

Since then discussions over what to do about it have been taking place. 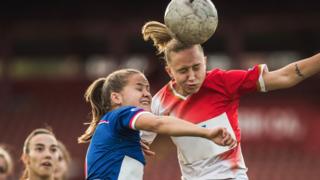 "We need to take some sensible, pragmatic steps at the moment and that's largely going to be about trying to reduce that overall burden, the overall [number of] times that young players head - and heading in training is much more common than in matches," he says.

What about other areas of the UK?

So far it is only the Scottish FA that is considering this change. The English FA says, "there's no evidence" to support a ban for younger footballers.

They told us, "We feel it's important that we make evidence-based decisions on matters such as this. As it stands there's no evidence to suggest that heading should be banned in youth football.

"In fact, heading is actually significantly less common in children's games than people often think, and our analysis shows that on average there are only around 1.5 headers per game in youth football."

Football: Should kids be banned from heading balls?

A brief history of the football

Would you recycle your old toys?