Australian soap Neighbours will air a special scene about the bushfires that have been burning in Australia.

The short scene was filmed this week and added to Wednesday's episode on Channel 5.

The show is set in Melbourne, Australia and is filmed 3 to 4 months in advance.

It's unusual to add new scenes at such a late stage.

Find out more about the Australian bushfires

More than 20 people have died and many homes have been destroyed in the blazes across Australia.

The fires started in September last year and fire-fighters have struggled to control them as the country experiences dry weather and record breaking heat.

The production company who make the show, Fremantle told Newsround: "An additional scene was added in to today's episode of Neighbours, which saw Sheila, Aaron and David discuss the bushfire crisis,"

"This is the first time that Neighbours has reflected a real life emergency, and the decision to include the scene felt vital given the current bushfire emergency across Australia."

A source added: "This is the first time that Neighbours has reflected a real life emergency, and the decision to include the scene felt vital given the current bushfire emergency across Australia."

Cast members from Neighbours - past and present - have sent their messages of support to the victims of the devastating Australian bushfires.

Hollywood actress Margot Robbie, who once played Donna Freedman on the Channel 5 soap, pleaded with her fans to donate whatever they could. 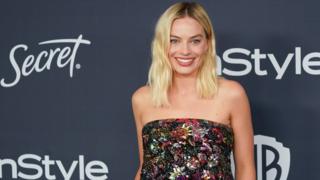 Singer Kylie Minogue, who started her career on Neighbours more than 30 years ago, tweeted that her family had "donated $500,000 towards the immediate fire-fighting efforts and the ongoing support which will be required."

Who was the first celeb to leave Dancing on Ice?

What do you think of The Masked Singer?

It's not the first time Neighbours, which is set in the fictional suburb of Erinsborough, has reflected real life events. 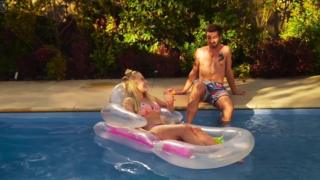 In 2011 the show filmed a special scene to celebrate the royal wedding of Prince William and Catherine Middleton which aired on the same day.

The Australian soap airs twice a day on Channel 5 and will be celebrating its 35th anniversary in March.