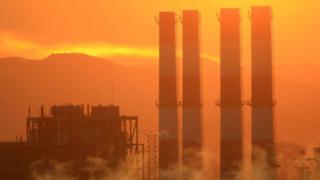 2019 marked the end of the hottest decade on record according to the latest annual global temperature figures.

The data, produced by scientists at the Met Office Hadley Centre, the University of East Anglia's Climatic Research Unit and the UK National Centre for Atmospheric Science, also revealed that the last five years were the warmest in the 170-year period that global temperatures have been recorded.

The research also suggests that 2019 was the second warmest year recorded since data collection began back in 1850, with only 2016 having higher temperatures.

The Bureau of Meteorology in Australia recently confirmed that 2019 was the warmest and driest year on record in the country. Some parts of Australia have recently been impacted by bushfires.

Want to know more about the effects of climate change?

Dr Colin Morice from the Met Office Hadley Centre said: "Our collective global temperature figures agree that 2019 joins the other years from 2015 as the five warmest years on record.

"Each decade from the 1980s has been successively warmer than all the decades that came before." 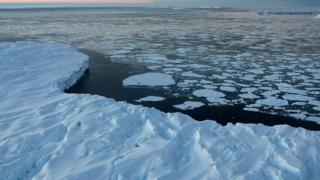 Getty Images
How do we work out global temperatures?

Millions measurements of air and sea surface temperatures are taken from all across the world. This information is then brought together to produce an average global temperature.

Variations in temperature in different places in the world are also useful in helping researchers to understand more about the causes of global warming and climate change.

Professor Tim Osborn from the University of East Anglia's Climatic Research Unit, said: "While we know that human activities are causing the globe to warm, it is important to measure this warming as accurately as possible. We are confident that the world has warmed by about 1 °C since the late nineteenth century because different methods of working out the global temperature give very similar results." 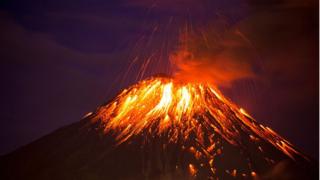 Getty Images
The Met Office have said that the global average temperature is likely to continue to rise unless an event like a large volcano eruption takes place
What can we expect in the future?

The Met Office recently released its forecast for the global average temperature in 2020. It's concluded that the recent run of hottest years is likely to continue unless an unexpected big geological event, such as a large volcanic eruption, occurs.

Volcanoes can lower global temperatures because eruptions release gases and particles, such as ash and sulphur dioxide, which have a cooling effect by reflect sunlight away from the earth.

Rising temperatures cause melting of sea ice, meaning that coastal areas and islands could end up flooded, or even underwater - destroying wildlife and communities.

All these problems could have massive effects on people and the world around them.

People could be forced to leave their homes, wildlife could be endangered and there could be damage to vital things like land to grow food on.

Campaigners like Greta Thunberg are putting pressure on the world's governments to do more to tackle climate change.

Climate change: UK's ten warmest years have ALL happened since 2002