Brexit: Should Big Ben bong when the UK leaves the European Union? 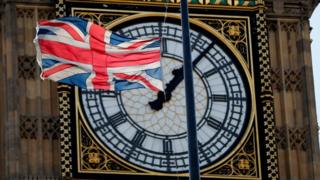 Big Ben in London is famous for its booming bong but due to ongoing renovation works, the chime is largely out of action.

But some MPs are calling for Big Ben to strike at the moment of Brexit later this month.

If the idea goes ahead, the clock tower's bells would ring out at 11pm on 31 January to mark the UK's exit from the European Union (EU).

However, it looks like the celebration idea could turn out to be a pretty expensive one.

Read on and let us know what you think about the idea in our vote.

New Year's Eve around the world 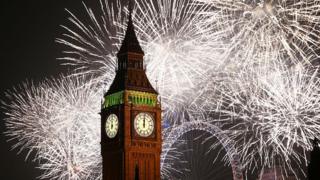 Prime Minister Boris Johnson has said that it would cost an eye-watering £500,000 for Big Ben to strike at the moment of Brexit.

The popular London landmark was silenced back in 2017 for important repairs. A temporary floor would need to be installed, as well as a temporary electric bell hammer which would enable the bell to sound.

Despite the ongoing repairs being made to Big Ben, there have been recent occasions where the clock has struck.

When work on the tower began, it was agreed that it would sound for Remembrance Sunday, Armistice Day and New Year's Eve.

This has allowed the team working on the project to make arrangements to get the clock working for key events in advance. However, more money would be needed for any ringing outside of these dates.

The prime minister has suggested that the British public could fund the restoration project, but only time will tell whether people decide to "bung a bob for a Big Ben bong".

Some people say that Big Ben should chime for such an important moment for the UK, others say it would cost a fortune and is a bit of a waste of money .

What do you think? Should Big Ben bong for Brexit? Let us know below!