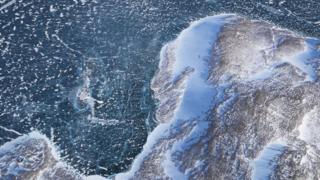 A team of climate experts and scientists carried out research which revealed that the temperature in 2019 was around 0.075°C above the average recorded from 1981-2010, a record high for our oceans.

Seas are now warmer than any other time in recorded human history and the increase in temperature has been directly linked to global warming.

The past five years have also seen the highest temperatures ever recorded.

The monitoring of the ocean's temperatures is one of the best ways for scientists to measure the rate of climate change.

Prof John Abraham at the University of St Thomas, in Minnesota, US, which conducted the analysis, says the findings show "irrefutable and accelerating" evidence of the heating of the planet.

Our oceans absorb more than 90% of the heat trapped by greenhouse gases released from activities including the burning of fossil fuels and deforestation. It's believed that understanding ocean warming can help humans to understand and tackle global warming.

The amount of heat being added to oceans is thought to be equal to every person on Earth running 100 microwave ovens for 24 hours every single day.

Rising sea levels and threats to marine life are not the only problems to arise as a result of increasing ocean temperatures. Warmer oceans have also been linked to more floods, storms, wildfires and droughts.

What is World Oceans Day all about?