Harry and Meghan: Queen makes statement on their future 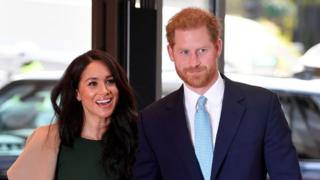 Buckingham Palace says that the Queen has had "constructive" talks with senior members of the Royal Family over Harry and Meghan's future role.

The Duke and Duchess of Sussex had announced last week that they planned to step away from being senior members of the British Royal Family. A decision which was reported to have disappointed the Queen.

The final decision on how this will work and how they will earn money will be made in the next few days.

The Queen also agreed to a "period of transition" in which the Duke and Duchess of Sussex will spend time in Canada and the UK.

More on Harry and Meghan's decision

Prince Harry and Meghan: What next for the royal couple?

"Today my family had very constructive discussions on the future of my grandson and his family" said a statement, issued by Buckingham Palace.

"My family and I are entirely supportive of Harry and Meghan's desire to create a new life as a young family.

"Although we would have preferred them to remain full-time working members of the Royal Family, we respect and understand their wish to live a more independent life as a family while remaining a valued part of my family." 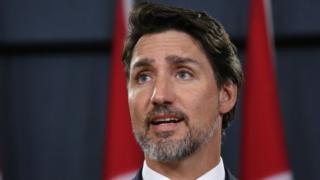 There are now talks about the costs of security for the Duke and Duchess of Sussex's move to Canada.

The Canadian prime minister, Justin Trudeau has said plans are to be discussed further. He said most Canadians are "very supportive" of having royals live there, but there are "still lots of discussions to have" over "how that looks and what kind of costs are involved".