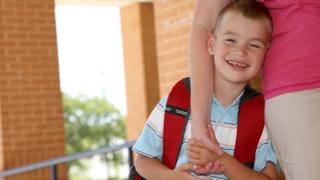 The number of children in care has risen by almost a third in the last 10 years and councils are saying they're finding it hard to cope.

Council leaders say too much pressure is being placed on the support services that they provide for children and young people.

Anne Longfield, the Children's Commissioner for England, said the government made a promise to review the children's care system and it "needs to be launched as soon as possible".

The government says it is investing money and says it wants to make sure "every child in care receives the support they need, no matter where they live".

The care system in the UK is there to help children and young people who need extra support and need to be away from their families for some time.

If you've read or watched the Tracey Beaker stories, or seen the CBBC show The Dumping Ground, you'll have seen an example of what the care system can be like, and what it can mean to the children who are part of it. 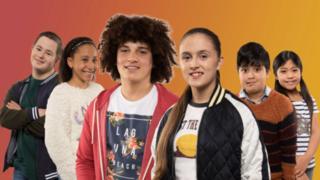 What is living in care?

When the council or local authority decide it's better for children to be away from their parents for a while, it's known as living in care.

Most children in care are fostered, which means they live with another family for a while.

Sometimes they stay there for just a weekend, other times they can stay for years.

Others live in children's homes, which is a bit like living in a big house with lots of other kids - like Tracy Beaker living at the Dumping Ground - but staff look after the children instead of parents.

Children should 'speak out to keep safe' 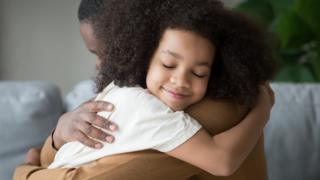 Why do children live in care?

Children are put into care for lots of different reasons.

Sometimes it's because their parents can't look after them properly or it's unsafe at home and it's decided that it's better for children to live somewhere else.

Some reasons for a child being taken into care include abuse, neglect, family breakdown or a parent or child's illness or disability.

It can also happen if a child's parent has to go into hospital or dies.

For some children and young people, being taken away from an unsafe home will be a relief but for others being separated from their parents and/or siblings can be distressing.

In most cases, children are only meant to live in care as a temporary measure although for some staying in care is the best option. 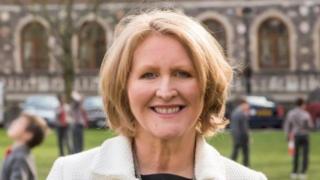 What problems can children living in care face?

Children living in care can be moved around a lot, which means they may have to change schools often.

Being the new kid in class can be tough, and some say they get bullied.

Also, there aren't enough foster carers in the UK and that means some children are placed with families that are either too far away or too different from their own.

Many young people come through the care system and flourish. Many have loving, dedicated foster carers or residential workers, and social workers who go the extra mile to support them.

But this isn't always the case and some children don't have a positive experience of the care system and can struggle to adapt to life outside.

Many leave school with no qualifications and if there aren't enough foster carers around it means some children are placed with families that are either too far away or too different from their own.