Winter Youth Olympic Games: Some of the best young sports stars are competing

It's 2020 which means we are now just over six months away from the Tokyo Olympics.

But if you can't wait for that - don't worry!

Make sure to check out the best sport to look out for in 2020 here.

Who's competing at the Winter Youth Olympic Games? 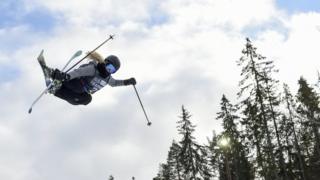 Almost 2000 young athletes from all over the world will take part in 16 different winter sports over the next two weeks, including freestyle snowboarding, alpine skiing, sliding sports like skeleton and monobob, plus team sports like ice hockey and curling.

Up for grabs during the games will be gold, silver and bronze medals in all of the sports.

The Youth Olympic games give athletes aged between 14 and 18 the chance to compete against other talented young people on a world stage and to enjoy the Olympic experience. 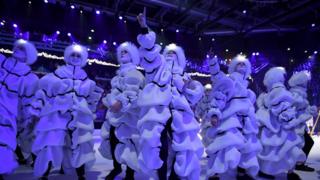 The athletes all stay in an 'Olympic Village' which is called The Vortex. It is a huge doughnut-shaped building which features a spiral runway all the way from the ground floor to the top.

The team members often share rooms with their team-mates and don't have to have parents or other adults staying with them - these rooms are JUST for athletes!

Like at the senior Olympics, there is an opening ceremony where one athlete from each team is chosen to have the honour of carrying their nation's flag. 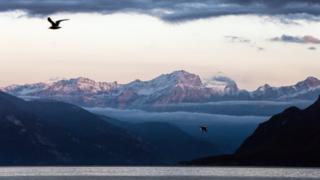 Getty Images
Lausanne, Switzerland
Where are they taking place?

Keep an eye out for plenty of spectacular scenery, mountains, snowy wonderlands and the speed skating taking place on a huge frozen lake! 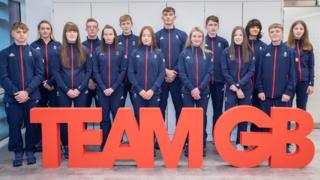 There are 28 athletes competing for Team GB.

Skier Kirsty Muir who is 15 is one to watch out for.

She is expected to do well in both the slopestyle event - where the riders perform a series of tricks off jumps and rails - and the big air competition, where each athlete takes off from a huge jump and performs their best trick.

Curling is a sport you may never have heard of but it is commonly known as "chess on ice" - it's all about tactics and skill. 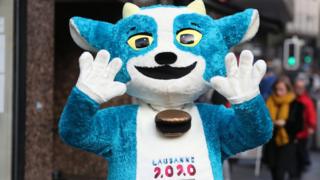 Getty Images
Yohdli the cow is ridiculously excited for the Winter Youth Olympic Games - are you?

Team GB's team includes Jamie Rankin, 16, who must have some curling genes in his blood!

His mum, Janice, was part of the team which won gold at the 2002 Winter Olympics in Salt Lake City.

Charlotte Longden is taking part in the single seater monobob, where she must hurtle down an ice track at speeds of up to 80 miles per hour! She says it's the scariest thing she has ever done!

Speaking of scary, 16-year-old Mani Cooper will become the first British woman to compete from an Olympic ski jump - yep she will be flying down a ski jump from a height of 70 metres!

Skier wins gold at Youth Olympics with a broken leg