Strawberry Moon: What is it and why does the Moon have different names?

Since Monday evening a Strawberry Moon has been lighting up the sky across the globe, and is expected to still be visible for a few days.

Nasa says the Moon will appear about 14% bigger and around 30% brighter than a normal moon.

Good news if you like to spot such events you won't need a telescope or any special equipment you'll be able to look up with just your eyes to catch it!

But why do full moons have a different name and why is this one called a Strawberry Moon? Read on to find out!

Why do the monthly full moons have names? 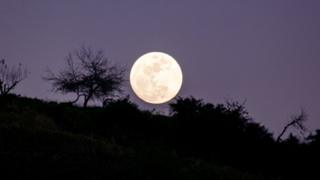 Throughout history people have used the Moon, and the light it reflects, for different tasks - like hunting, planting and harvesting.

The modern calendar doesn't quite follow the Moon's phases so sometimes there's more than one full moon a month. This is called a Blue Moon. Why not see if you can find your birthday month's moon below?

What are the names of the monthly full moons? 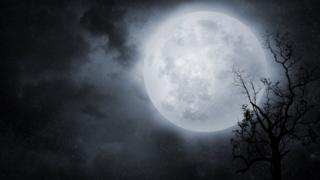 Native Americans and Medieval Europeans called this moon a Wolf Moon, it's thought to be because wolves howled more at this time of year as there was less food.

The snowy weather of February in North America led to the name Snow Moon. Other common names include Storm Moon and Hunger Moon.

The Worm Moon appears in March at the end of winter when little creatures like worms start squirming out of the ground. It's also called Milk Moon. 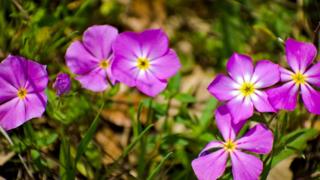 Disappointingly the Pink Moon isn't actually pink. It's named by native Americans after pink flowers called wild ground phlox, which bloom in early spring and appear throughout the United States and Canada.

It is also called Egg Moon and Fish Moon in other cultures. 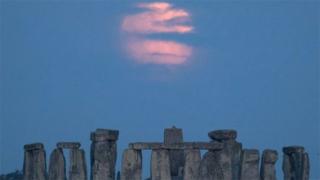 May's spring flowers are the reason for this month's name.

Other names include the Hare Moon, the Corn Planting Moon, and the Milk Moon.

Native American Algonquin tribes named this moon the Strawberry Moon. This is because they would harvest strawberries during this time. 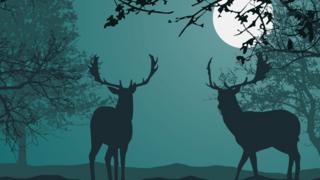 This is the time when a buck, which is a male deer, grows its full antlers. This moon is also called Thunder Moon after the summer thunder storms.

Tribes in North America caught sturgeon, a type of fish, around this time.

It is sometimes called a Grain Moon. 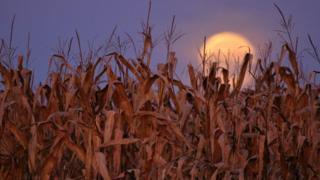 If it is the nearest full moon to the autumnal equinox it is called the Harvest Moon instead.

September's full moon is probably called Corn Moon because that's when crops are gathered at the end of the summer season.

At this time, the Moon appears particularly bright so farmers could continue harvesting into the night.

This is the time when people would plan for the winter months and hunt animals for food.

Like September's moon it is sometimes called the Harvest Moon.

In 2020 October's first full moon was a Harvest Moon and the second a Blue Moon. 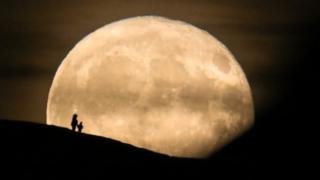 Beavers often start building their dams about this time which is where it got its name. It is sometimes called Frost Moon.

The winter chill gave December's full moon the name Cold Moon. Other names include the Long Night Moon and the Oak Moon.

Stargazing: Top tips and when is the best time to watch the stars?

Pink Moon: Why the moon won't actually be pink in April

Worm Moon: What is it, and how does it happen?

Nasa: plans to land on the dark side of the Moon for the first time

Nasa: Moon traveller needs a name, can you help?