Human brain in ancient skull survived 2,600 years and scientists may know why 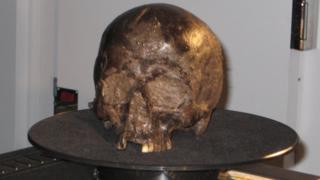 Scientists who studied a 2,600-year-old brain preserved in an iron-age skull believe they may have finally worked out why it didn't rot away.

And the answers could help them to help research into diseases such as dementia.

The brain was spotted inside a skull found in a muddy pit during excavations in the Heslington area of York in 2008.

When it was discovered the big mystery for scientists was how the delicate tissue of the brain was able to survive intact and had not rotted away.

"The manner of this individual's death, or subsequent burial, may have enabled the brain's long term preservation," said the study's lead author Dr Axel Petzold from University College London.

The researchers think the person died after being hit on the head and that meant a type of acidic fluid leaked onto the brain, helping to preserve it.

However they also think it's still possible a mystery disease may have preserved the brain tissue. 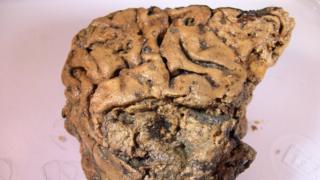 Getty Images
The 2,600-year-old brain was preserved despite its age

Are these stegosaurus fossils the oldest ever discovered?

How dancing is helping kids learn more about science