Boris Johnson's bridge or two tunnels - could the UK be linked together? 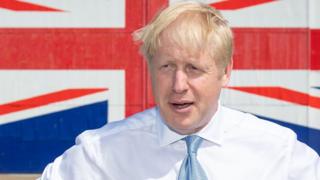 In December Prime Minister Boris Johnson said he was thinking about building a bridge across the sea linking Scotland to Northern Ireland.

The PM said a road between the two countries, joining the UK together, was a "very interesting idea" and to "watch this space".

Now the Institution of Civil Engineers (ICE) says it has come up with an even better plan.

The engineers want to dig two high-speed rail tunnels under the Irish Sea to link the four countries of the UK together for the first time.

Watch: England to France in 68 seconds

Meet the woman who designs rollercoasters 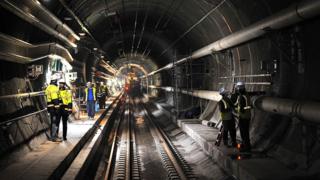 They say that, unlike a bridge, tunnels won't be affected by bad weather.

The distance from England to the Isle of Man is around 50 miles, and from the Isle of Man to Northern Ireland is just over 30 miles, but it's not yet clear exactly where the tunnels will start and finish.

Top tunnels around the world 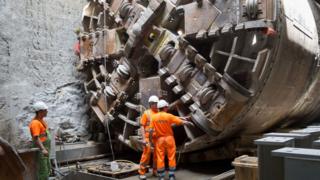 Getty Images
A huge boring machine, like a massive drill, is used to make the tunnels in rock.

Advances in technology means tunnels are faster and cheaper to build than ever.

The engineers estimate the cost of the tunnels could be around £15 billion - a similar price to a bridge.

Channel Tunnel: Going under the sea from England to France in 68 seconds