CES 2020: Robots and other cool tech from the show 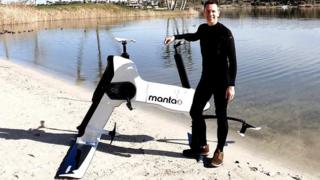 One of the largest technology shows in the world is taking place in Las Vegas, in the US, with robots taking centre stage.

The Consumer Electronics Show runs from 7 - 10 January and is the place where companies show off their latest gadgets and innovations.

There will be loads more new technology announced throughout the week, but here are some of the coolest things announced so far. 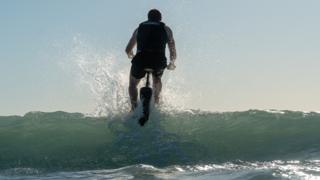 Manta5
The water bike takes to the waves

Fancy a bike you can take in the pool with you?

Launched by Manta5, this hovercraft-style bicycle can be peddled on water. It is made from carbon fibre which makes it super lightweight, and includes a full waterproof battery and motor.

The bike's makers hope this bike could transform cycling and watersports - as riders will be able to use it on rivers, lakes and along the shore too. 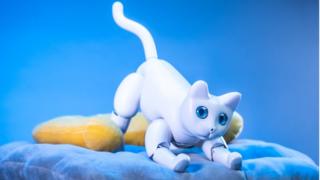 If you can't have pets because of allergies or lack of space, technology might have the solution.

China's Elephant Robotics will show off MarsCat (pictured above) which can move around using 16 motorized joints.

It can play with toys, recognise its owner's voice and even interact with real cats. It also runs off Raspberry Pi so can be programmed by its owner. 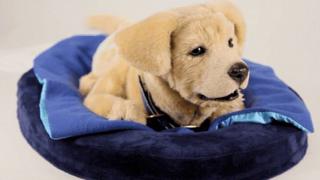 Tombot, on the other hand, which has been designed by Jim Henson's Creature Shop - the team behind the Muppets, is a robotic Labrador puppy.

It has been created for old people's homes to bring comfort and companionship. 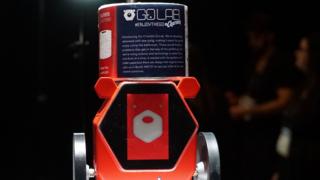 RollBot has an important role in the bathroom

One company has found a solution to those tricky situation when you are on the toilet and there is no loo paper.

Rollbot, made by toilet paper company Charmin, is smartphone-controlled robot that fetches you more loo paper when you run out. 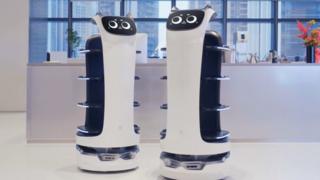 This robot cat is designed to bring plates of food to restaurant customers.

BellaBot, built by the Chinese firm PuduTech has four trays capable of holding up to 10kg of food, but it also has a screen showing expressions.

It mews when it arrives at tables to encourage customers to pick up their food. It also looks happy when people rub its ears but gets angry if they pet it for too long - it has got a job to do! 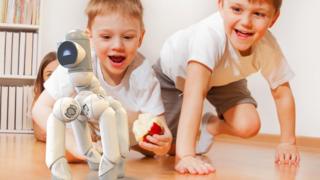 It can help kids build, code and create a variety of different types of robots.

ClicBot responds to hand gestures and, with help from built-in multiple sensors learns to recognize family faces, the company said.

It can play games like catch, dance battles and even football matches. 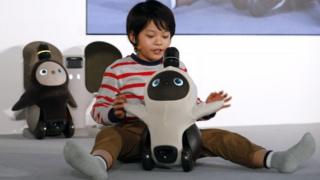 CES 2020 also saw the return of Lovot. Last year it was just an early sample, but this year Groove X is showing off the retail version of the cuddlebot, which is available now in Japan.

The mystery of UK's first robot, Eric, and why he's been rebuilt

The girls building robots in their garage