Golden Globes 2020: Missing Link is the animated film of the year! 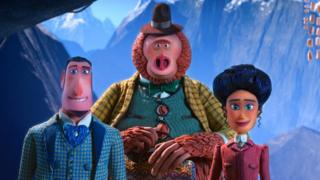 If you're a fan of the film Missing Link, then listen up as it's won a Golden Globe!

The first major awards ceremony in Hollywood took place in LA on 5 January.

This year though, a Disney film didn't win big in the animated feature category.

Missing Link beat the likes of Frozen 2,The Lion King, Toy Story 4 and How to Train Your Dragon: The Hidden World to claim the top prize which many saw as a big shock!

What do you think of The Masked Singer? 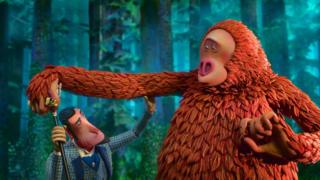 It was an unusual year for animated films at the Golden Globes as three of the nominees had previous films in their franchises.

Missing Link tells the tale of Mr Link, an eight-foot tall, fur-covered Sasquatch, who becomes tired of living all alone.

He befriends an explorer named Sir Lionel Frost and an adventurer Adelina Fortnight, to help him find his long-lost relatives in the fabled valley of Shangri-La.

The film was released in April 2019 and stars Hugh Jackman and Zoe Saldana.

Compared to other films that were also nominated in the animated feature category, it didn't perform well at the box office and only took around $26 million, whereas The Lion King made $1.1 billion!

Did you enjoy Missing Link? What do you think about it winning this award? Let us know in the comments below.

Golden Globes 2019: What's your animated film of the year?

What is Burns Night?