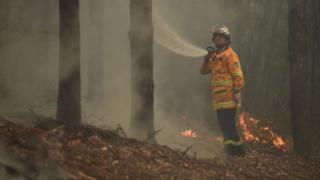 Millions of pounds have been raised to help people affected by massive bushfires burning across Australia.

In just 48 hours, a fundraiser for fire services in New South Wales raised more than $20 million (around £10.6 million) now the figure is estimated to be well over $100 million.

It's after the Prime Minister of Australia announced that 3,000 troops are being sent out to help tackle the fires which first started back in September.

More about the Australian bushfires

A number of high profile figures and celebrities have been showing their support for those affected.

The Duke and Duchess of Sussex, Prince Harry and Meghan, posted on social media about the fires, saying: "Our thoughts and prayers are with those across Australia who are continuing to face the devastating fires that have been raging for months."

Queen Elizabeth II said she was "deeply saddened" by the fires, and thanked the emergency services "who put their own lives in danger" to help communities.

Singer, Pink, and Paddington actress, Nicole Kidman, have both made donations to support firefighters and people living in fire-affected areas.

Australian pop star Kylie Minogue tweeted: "Humbled by the extraordinary efforts of the emergency services and volunteers in the ongoing bushfire crisis in Australia." 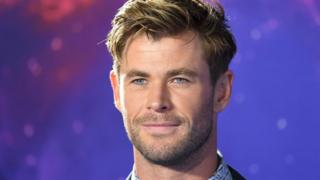 Chris Hemsworth, the actor who plays Thor in the avengers films donated $1 million (around £764,000)

He shared a video on social media and asked his followers to help in any way they could to support the firefighters and people who have lost their homes.

Singer and pop icon Sir Elton John closed his concert in Sydney, Australia by donating $1 million for Australia's bushfire relief efforts, he said that Australia should be "in awe" of its firefighters.

Australia heat: What do very high temperatures feel like