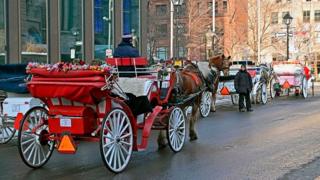 Have you ever been for a ride on a horse-drawn carriage around a city?

Did you wonder if it was safe for the horses pulling you around?

The ban has been planned since 2018 and in just a couple of days it'll begin. 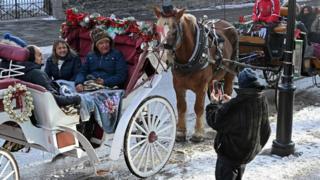 Why are horse and carriage rides being banned?

Taking a horse-and-carriage ride, known as a calèche, around parts of Montreal is one of the city's most famous tourist attractions.

It's after a long-running campaign by animal rights activists who say it's cruel.

They say that the horses are forced to spend all day on hard, cobbled roads pulling guests around, that they get tired and dehydrated and it's bad for their health. They also argue they face dangers from cars and pollution and also that they believe some of the horses aren't looked after properly.

There have actually been road accidents where horses have been badly hurt and on at least one occasion a horse collapsed and died.

What are people saying about it? 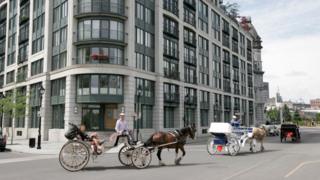 "With heat waves in summer, climate change, extreme cold in the winter, construction and the number of vehicles on the road, we have a serious question on the animals' safety," he said recently.

"There have been multiple incidents over the last three or four years... where animals have been injured or hurt or in distress in the city... These are issues that have really preoccupied and concerned us." he added.

But many carriage drivers oppose the ban and say good owners do look after their horses. One of them, Denis Murray, told CBC News, Canada that carriages are part of the city's heritage and called the decision to get rid of them "stupid." He said his horse Sissi "was happy to work, that's what people don't know."

Others say their horses are well-treated and they have the vet records to prove it. They say instead of banning the carriage rides, the city should just move them somewhere safer.

What will happen to the horses? 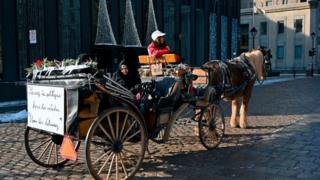 The City has offered $1,000 in compensation for each horse and Montreal's Society for the Prevention of Cruelty to Animals (SPCA) are involved in a horse-adoption plan - but some owners say that isn't enough.

Sophie Gaillard, from the SPCA, hopes owners will take the compensation. "We have set up a program that will allow these horses to be adopted out into permanent retirement homes and give them the kind of life that they deserve after all these years of service," she said.

Other experts say the horses may simply be sold to pull carriages in other cities that do still allow it.