Zac Efron recovering after being rushed to hospital 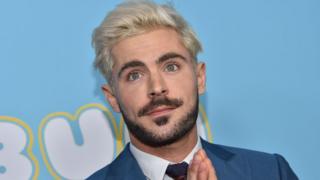 Zac Efron is recovering after a 'medical emergency' while filming abroad.

The Greatest Showman actor was in Papua New Guinea, which is a country just north of Australia, when he got sick with a 'form of ­typhoid or similar bacterial ­infection' in the days leading up to Christmas.

Typhoid is an infection which is spread by contaminated food or water and can be really dangerous if not treated.

According to the newspaper, The Sunday Telegraph, Efron was flown to a hospital in Australia in a 'stable condition' and kept there for seven days.

Which celebs have their birthdays at Christmas?

Steve Backshall thanks his mum and dad after New Year Honour

Following a medical assessment the movie star is said to have been given the 'all clear' by doctors and was told he could fly home to the US on Christmas Eve.

Speaking ahead of filming, Zac said: "I tend to thrive under extreme circumstances and seek out opportunities that challenge me on every level.

"I am excited to explore any uncharted territory and discover what unexpected adventure awaits!"

Zac has previous experience of living out in the wild. In 2014 he appeared on Running Wild with Bear Grylls, where he jumped out of a helicopter, and even ate an earthworm.

Zac Efron: Does he support Tottenham Hotspur or Arsenal?