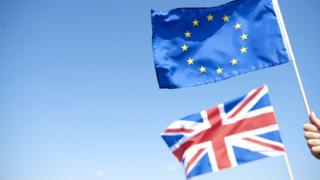 MPs have backed the Prime Minister's plan for the UK to leave the European Union on 31 January.

They voted 358 to 234 in favour of something called the Withdrawal Agreement Bill, that's a majority of 124.

Boris Johnson said the bill will allow the UK to "move forward".

The Brexit story: What is it and where are we up to? 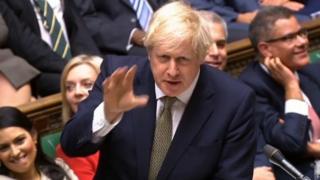 Labour leader Jeremy Corbyn told his MPs to vote against the deal, he said there was a "better and fairer way" to leave the EU.

It had been expected that the bill would pass, because the Conservative Party won an 80-seat majority in the general election.

The bill will be discussed again in January after MPs come back after the Christmas break. The details will be looked at at the Committee stage and any proposed changes will be decided on.

The final stage of the bill in the Commons will then take place on Thursday, 9 January, before it heads to the Lords for approval.

Only then can it be made into law.