Christmas 2019: Which gifts topped the most requested wish lists? 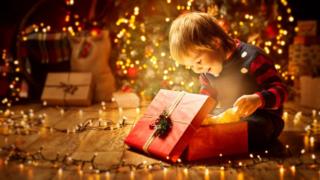 Christmas is just over a week away and the excitement is building!

The season probably makes you think of epic Christmas trees, yummy food and beautiful decorations, but there's also likely to be something else that springs to mind - presents!

Putting together your Christmas list can be really exciting and lots of children (and adults too!) spend a long time deciding exactly what it is they'd like.

Royal Mail has just revealed the top 10 gifts children have asked for in their Christmas letters to Santa this year and some gifts have proven very popular.

The postal service, which has managed Santa's mail for the last 56 years, looked at thousands of letters sent to Father Christmas to see what presents children would like this year before sending them on to the North Pole.

Games consoles came in at the number one spot this year, with Lego and bikes taking the second and third spots.

Books were number four on the list despite not being in the top ten for the last two years and scooters came in at number five. The Animal Alley Giant Unicorn, mobile phones, baby dolls, clothes and LOL Dolls rounded off the list, with the last three gifts all appearing on the list for the first time ever this year!

Which gifts on the top 10 list would you love to get your hands on and which ones just don't float your boat? Have your say below!

Fake Christmas toys and why you shouldn't buy them