Strictly 2019: How do this year's finalists compare? 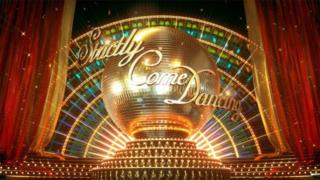 Are you looking forward to the Strictly Come Dancing final? It takes place this Saturday night!

Yes, this year's competition is coming to a close and the three finalists are going to battle it out on the dance floor to take home the Strictly crown.

The three finalists will have to perform three dances each - but how do they match up?

We catch up with Saffron from Strictly 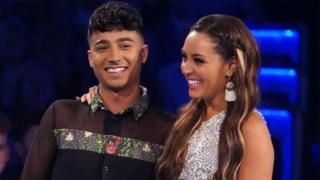 CBBC's own Karim Zeroual is one of the finalists with partner Amy Dowden. Karim has received the most number of 10s during the series with 18!

His highest score was a perfect 40 whilst dancing the jive in week 11, however his lowest score was 26 when he performed the samba in week three.

Overall his score in the competition is an impressive 452! 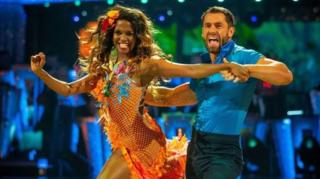 English actor Kelvin Fletcher and his partner Oti Mabuse have also made it to the final.

Kelvin ranks in second place for most 10s with 15!

He and Oti also scored a perfect 40 for the quickstep and their lowest score was 28 in week two.

Their total for the whole competition is 465 which is the highest compared to the others. 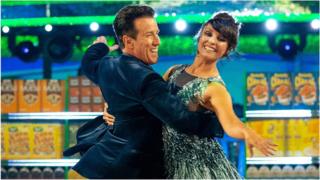 Eastenders actress Emma Barton, who is partnered with Anton Du Beke, is also in the final.

Emma and her partner scored a total of six 10s during the 17th series with their highest score equalling 39.

Emma has the lowest score out of the finalists with a 22 out of 40 during week seven.

They also have the lowest total for the competition, scoring 390.

Who do you think is going to win the final? Let us know in the comments below!

Strictly Come Dancing 2019: Find out where the costumes are made