What will be this year's Christmas number one? 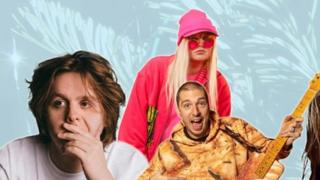 Get your marks, get set, go. The race for the Christmas number one is on.

This year's winner will be revealed on 20 December - that's the last official chart before Christmas Day.

It's a British tradition that goes back over 65 years.

But who will get the top spot this time. Will it be LadBaby? Or maybe Ellie Goulding? Let's have a look at the contenders!

How do you listen to music?

Which Christmas song annoys you the most? 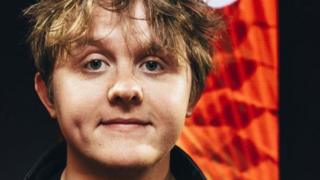 Will it be Lewis Capaldi's year?

2019 has been pretty decent for Lewis. He's got his first US number one, been nominated for a Grammy and his single Someone You Love was one of the biggest songs of the year.

His song Before You Go is in the running and Lewis describes it as his most personal tune yet.

Could it get to the top? 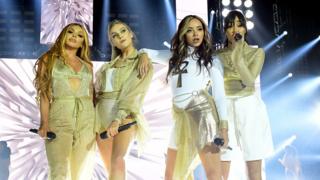 Little Mix have released their first ever Christmas single this year.

Can their song One I've Been Missing end the 17-year wait for a festive number one from a girl band?

Girls Aloud were the last to do it with Sound of the Underground in 2002. 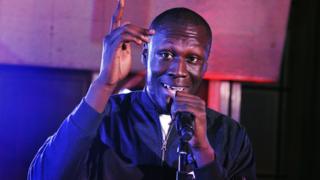 The rapper and singer is releasing his second album Heavy Is The Head on 13 December.

One of the tracks on it is Own It which feature Ed Sheeran and Burna Boy.

The first single from the album, Vossi Bop, got to number one back in May, can he achieve the same success this time round? 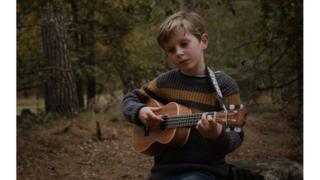 Can eight-year-old Frankie Morland get to number one?

The schoolboy from Hampshire has written and recorded the song World in Danger which is out on Friday December 13.

It's all about his fears about climate change and the future of our planet.

He'd written to Sir David Attenborough about the subject.

Any profits from the sale of the songs will go to environmental charities. 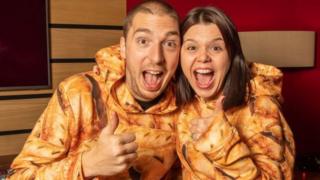 Will it be last year's chart topper LadBaby again?

The dad blogger and YouTube star got to number one with his single We Built This City which raised money for foodbank charity The Trussell Trust.

It was the first novelty single to top the chart at Christmas since Bob The Builder's Can We Fix It? in 2000.

This year he's back with a twist on the song I Love Rock 'n' Roll. His version is called I Love Sausage Rolls and all proceeds go to The Trussell Trust again. 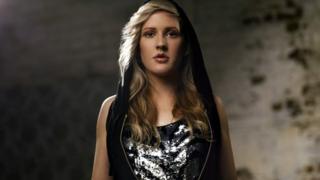 Ellie has recorded a cover of a Joni Mitchell song called River.

The track is quickly soaring up the Official Singles Chart and could go all the way for the Christmas top spot. 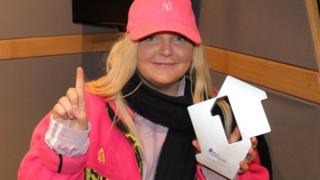 The Australian singer has been at the number one spot for 10 weeks with her song Dance Monkey.

But can it hold on long enough?

The track has been a massive success and isn't showing signs of slowing down yet. 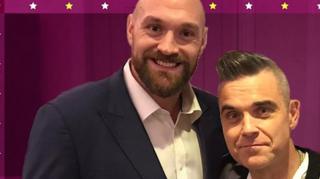 For one of the songs on it, Bad Sharon, the singer teamed up with boxer Tyson Fury.

Will they win the fight to be number one? 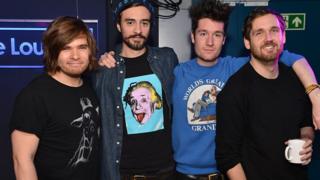 Normally these songs have a good chance, could Bastille go all the way?

Let us know your predictions in the comments below.

Christmas number one: Five novelty songs to top the chart

Meet the kids who are going for the Christmas number one!

Christmas number one: Why is the festive chart-topper such a big deal?