Space: World's first space junk collector to be launched by the ESA in 2025 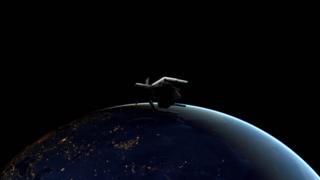 Space junk is becoming a big problem, according to experts, and there will soon be a mission to clear it up.

A four-armed robotic collector will be launched by the European Space Agency in 2025.

The mission called ClearSpace-1 will cost €120m and will be the first space mission to remove debris from orbit.

It's hoped it'll pave the way for a bigger clear up operation. 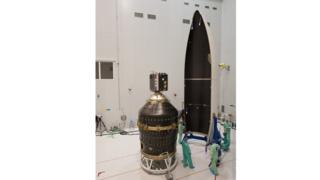 European Space Agency
This is what ClearSpace-1 will look like
Why does space need a clean up?

In the past 60 years, thousands of tonnes of space junk has built up around the Earth.

Things like old rocket parts, unusable satellites and hundreds of thousands of small fragments have gathered.

If a clean up operation doesn't happen in the future then the chances of more of this stuff colliding in space will increase as thousands more satellites are put into orbit.

ClearSpace-1 will look to grab a piece of junk called Vespa, which was left in an orbit around 800km above the Earth by the European Space Agency's launcher in 2013.

Vespa weighs 100kg - around the size of a small satellite - and was chosen because it has a simple shape and is sturdy, which means it is unlikely to fragment when it is taken.

The "chaser" ClearSpace space probe will be launched into the target orbit where it will track down Vespa, grab it using four of robotic arms and drag it out of orbit, with Vespa and the chaser both burning up in the atmosphere on the way down to Earth.

'Too much junk in space', say scientists

A Japanese mission to clear up space junk has failed

How geckos can tackle space junk