Air pollution: Could a device invented to suck in pollution tackle the problem 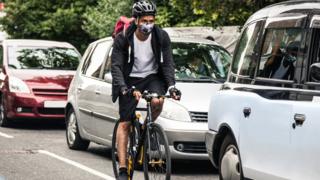 A device which claims to suck in polluted air, cleans it, then pumps it back into the atmosphere could help tackle air pollution.

The technology works by installing a series of partially submerged pods in the centre of the road.

According to the inventor, low-energy fans would pull in the exhaust fumes from cars before treating the pollution at the side of the road.

Half of pupils worried about air pollution

Tests by the company Pollution Solution suggest that it can remove an average of 30 per cent of dangerous pollutants, including fine particles from brakes and tyres as well as nitrogen oxides generated by engines.

The inventor says they would look a bit like cat's eyes which are used to reflect light and divide lanes on roads. 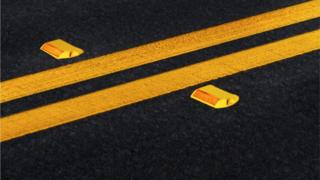 Getty Images
The device looks a bit like cat's eyes

Thomas Delgado, the founder of Pollution Solution, wants the device to be used on busy junctions which are some of the worst-polluting areas.

There are no plans by councils currently to use the system, which would cost around £60,000 to install.

It would also need to be attached to a power supply and, on a busy road, filters would have to be changed every three months.