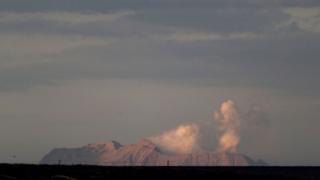 At least six people are known to have died and 23 have been rescued after the White Island volcanic eruption.

White Island, also called Whakaari in Maori, is the country's most active volcano.

It is a private island and a popular tourist destination.

A least 10,000 people visit the volcano every year.

Police have said fewer than 50 people were on the island when the volcano erupted.

The New Zealand Defence Force is now helping the rescue operation, but it has been made more difficult by falling ash.

Was there any warning of an eruption? 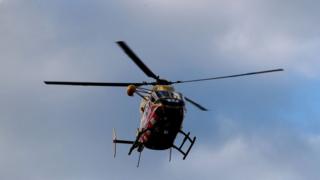 On 3 December, geological hazard monitoring website GeoNet warned "the volcano may be entering a period where eruptive activity is more likely than normal".

It added "the current level of activity does not pose a direct hazard to visitors".

About 70 percent of the volcano is under the sea. When it last erupted in 2016 no-one was hurt.

Why does a volcano erupt?

A volcano is a rupture on the Earth's crust, which allows lava, ash, and gases to escape, when magma rises to the surface.

It is thought the White Island eruption was a hydrothermal explosion which is when water under the ground heats up and turns rapidly to steam. This builds up enough pressure to cause an explosion.

You can read more about why volcanoes erupt here.

Nasa spacecraft Parker Solar Probe gets close to the Sun