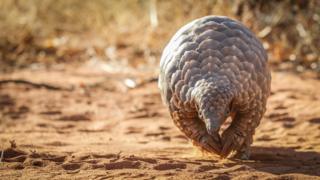 Getty Images
Pangolins are the world's most trafficked animal

Lots of animals are at risk of being illegally trafficked.

The illegal wildlife trade - where animals are sold in exchange for money - is now one of the biggest forms of trafficking in the world.

Species at risk include tigers which are killed for their skin and bones and elephants which are poached for their ivory tusks. Rhinos, sharks, seahorses and pangolins are also traded. Pangolins are the most trafficked animal in the world and there are now huge concerns about the number of them left. 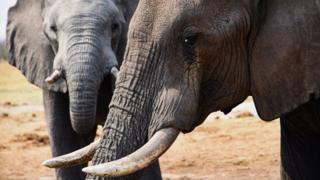 Getty Images
Elephants are often hunted for their tusks

Lots of research is being done to work out how to stop illegal trafficking and this will be the main focus of an event being held at the Zoological Society of London this week.

It's been said that technology could be the answer when it comes to protecting endangered animals. One idea suggests using devices like drones to help monitor those taking part in illegal activities like illegal fishing and shark finning, where sharks are hunted for their fins.

Experts also say that more needs to be done to help prevent people getting involved in the illegal wildlife trade in the first place.