The World's Big Sleep Out: Thousands sleep outside for charity 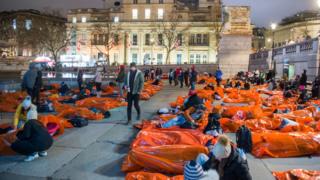 Thousands of people across the world slept outside on Saturday night to raise awareness of homelessness.

Around 60,000 people from over 50 cities took part in the event, with participants camping outside in New York, LA, Brisbane and Dublin.

In the UK, people camped out in cities including Manchester, Edinburgh and Cardiff. In Trafalgar Square in London, those sleeping out were met with heavy rain and low temperatures. Many homeless people are forced to deal with bad weather conditions on a daily basis.

A child in Britain becomes homeless every eight minutes

How can you help homeless people in cold weather? 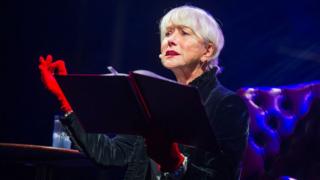 A number of celebrities also showed their support for the charity campaign.

In New York, actor Will Smith gave a speech to hundreds of people in Times Square. The actor, who played a man who had to sleep rough in the The Pursuit of Happiness, spoke on the negative impacts of homelessness.

"It makes me emotional thinking about it right now," Smith said. "To not have a place to go and to be able to lay your head down with your children at night is a horrendous tragedy." 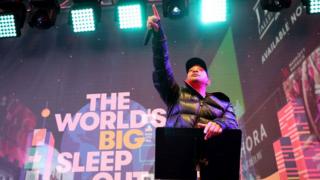 The film star also treated crowds to a special performance of the famous Fresh Prince of Bel-Air theme tune.

Josh Littlejohn, who founded The World's Big Sleep Out three years ago, said: "What the incredible 60,000 people who slept out all over the world have done tonight is to shine the spotlight on this global issue and show that we care.

"I am truly blown away by the response to our campaign and sincerely grateful to every single person who has given up their beds tonight to raise the funds and awareness needed to make an impact.