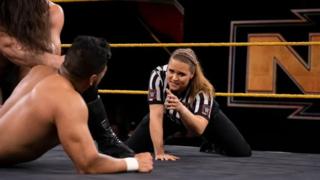 Carr 's real name is Jessika Heiser. She's 28 and from the US state of Maryland.

Originally she wanted to be a professional wrestler but she was encouraged to try something new and instead put on the black and white stripes.

Although WWE has had female referees before, Carr has come though wrestling's special Performance Center, and although she's appeared before on Raw and SmackDown, it's never been her full-time job. 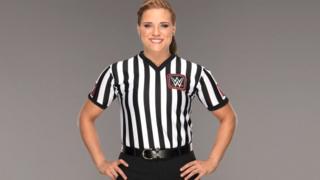 As there hasn't been much history of women refereeing matches in WWE, Carr hopes to be an inspiration and a trendsetter.

"I feel ready, but it's definitely scary!" she said.

Is the new PS5 controller 'ugly'?!