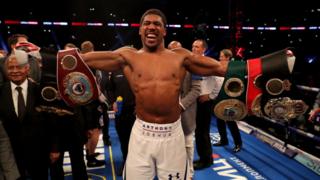 He's one of Britain's most famous boxers.

Olympic champion, winner of three world championship boxing belts and due to face one of the biggest fights of his career this weekend.

So why are people criticising Anthony Joshua?

Well, it's not really down to sport exactly, but more about where his world championship fight with Andy Ruiz Jr is taking place - in Saudi Arabia, the first heavyweight title fight in the Middle East.

Aida's journey as a hijab-wearing boxer

What's the background to this fight? 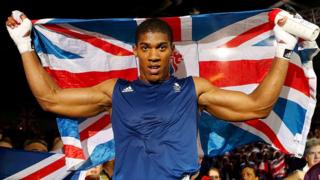 Anthony Joshua shot to fame at the London Olympics in 2012, when he won a super-heavyweight gold medal. 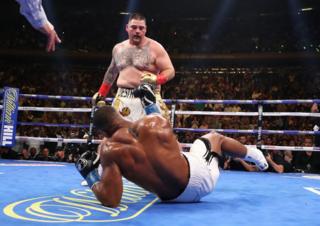 Then in June 2019, he fought Andy Ruiz Jr in New York and there was a big shock - Ruiz won.

Now there's a rematch taking place in Riyadh, the capital of Saudi Arabia on 7 December.

We're not saying Anthony Joshua shouldn't fight in Saudi Arabia. But while there he should use his public profile to speak about the situation in the country and raise the issue of human rights.

Why is Joshua being criticised? 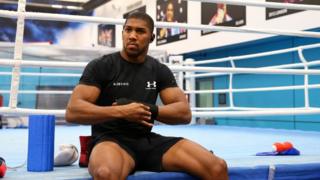 Reporters are putting Joshua on the spot because he's agreed to fight in Saudi Arabia and he's expected to be paid £60 million to fight there!

Saudi Arabia isn't a very democratic country and it is run by a large royal family. In recent years the the country's reputation for how it deals with human rights has been damaged.

Some people are saying that Joshua should be speaking up more about the importance of human rights, or even not fighting there at all.

What are the arguments about Saudi Arabia? 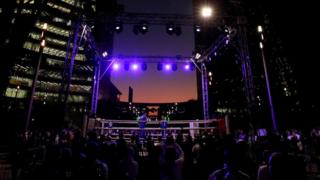 Saudi Arabia is a very rich country as it produces a lot of oil but the human rights group Amnesty International says the country has a poor record on human rights: from rights for women and LGBT people, to having the death penalty and their involvement in the war in Yemen.

They argue that having big sporting events like boxing, tennis, football, Formula E racing, golf and WWE wrestling taking pace there is sportwashing - which means using big showbizzy sports events to wash away a bad reputation and stop people being negative about the country.

Felix Jakens from Amnesty International told the BBC: "We're not saying Anthony Joshua shouldn't fight in Saudi Arabia. But while there he should use his public profile to speak about the situation in the country and raise the issue of human rights." 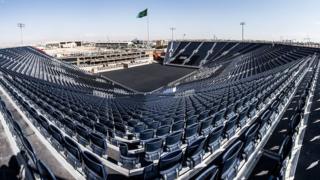 But others say that actually having a international focus on the country could actually help things change there - they argue it could open the country up for the world to see and could lead to more freedoms.

Some say it is unfair to expect boxing to turn down Saudi Arabia when other companies are allowed to do business in the country.

Also Joshua's team say that as boxing can be dangerous, he should be allowed to earn as much as he can for his fights.

What does Joshua say?

Anthony Joshua says he would "definitely be bothered" if his world title fight with Andy Ruiz Jr was being used to sportswash human rights abuses in Saudi Arabia.

"In the future maybe I can bear a different kind of flag," Joshua said. "But at the minute it's a world championship flag. I just want to do a job.

"I just came here for the boxing opportunity. I look around and everyone seems pretty happy and chilled. I've not seen anyone in a negative light out here, everyone seems to be having a good time," he added.

"As an individual I try to bring positivity and light everywhere I go. I'm just seeing it from my eyes alone but for sure the country in itself is trying to do a good job politically.

"For the sporting side of things, I just feel I've got a fight to focus on."