Christmas: The world's most expensive festive tree and other costly decorations 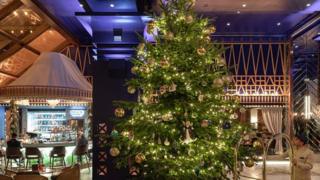 A hotel in Marbella, Spain is claiming to have the most expensive Christmas tree ever.

The tree, at the Kempinski Hotel Bahia, is worth £11.9 million!

The baubles are all handmade. We're not talking papier-mâché or tin foil though, but diamond dust and 24-carat gold.

The most valuable ornament is an emu egg set in 24-carat gold (that's the purest gold available) and covered in diamond dust. That decoration alone is worth £8.9 million.

It's not the first time Christmas has come with a weighty price tag - here are five other expensive festive decorations. 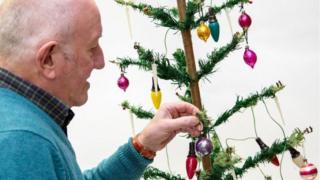 Some people use the same plastic tree every year, to save money, but Steve Rose took this to the extreme, with a plastic tree which had been in his family since the 1930s.

The tree was sold at auction for £280 - not quite £11.9 million - but quite a lot for a simple plastic Christmas tree, baubles and lights.

Steve then donated the money to a homelessness fund. 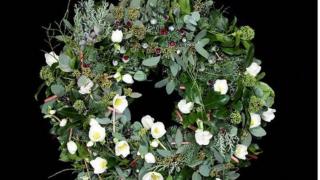 How expensive can a wreath be? It's just a load of leaves wrapped around a frame, right?

Well, how about if you add a bunch of diamonds and rubies?

A floral designer created a wreath which cost almost £3 million.

Is it a good idea to rent a real Christmas tree?

Would you eat these weird Christmas-flavoured foods?

Check out these Christmas lights around the world

Pasi Jokinen-Carter got Lingonberry and Blueberry stems from Finland because they weren't available in the UK, but we're guessing it was the 16 rubies and 32 diamonds that really increased the price! This Victorian Christmas card was one of the first sent in Britain.

It probably cost less than a penny when it was first bought, but when it was sold at auction in 2001 it went for a record £22,500.

The Christmas card was commissioned by an influential entrepreneur, Sir Henry Cole, who it's thought came up with the idea of sending greetings cards during the festive period.

One thousand were made, and of those just 12 are known to have survived. 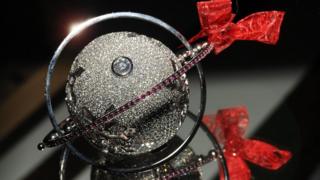 It was made by a British jeweller and was made up of gold and more than 1,500 diamonds.

The bauble, which looks like a globe or planet, has two orbiting halo rings, which feature 188 rubies.

It took a year to design and create the super sparkly piece. 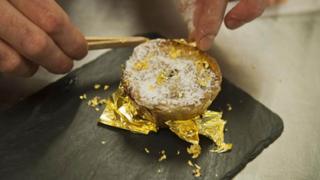 One chef created a mince pie which cost £3,500. It contained some very expensive ingredients including rare goji berries and manuka honey.

It was also decorated with gold leaf. Yum!

Ban on black plastic in supermarkets by Christmas