Greta Thunberg has won the Author of the Year prize!

The teenage climate-change activist has won the big award from the bookshop, Waterstones.

It's for the 16-year-old's book, No One is Too Small To Make A Difference, which is a collection of speeches she has delivered over the last few years.

A speech she made to EU leaders called You're Acting Like Spoiled Irresponsible Children is in there, as are speeches from climate marches and when she has spoken about her autism. 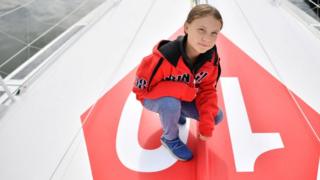 Greta is currently on a boat sailing back to Europe.

It's after she sailed to the US to attend some big climate change conferences.

Due to unrest in Chile, one of the meetings was moved to Spain so Greta had to ask her social media followers to help her get back. 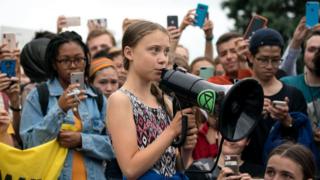 Speaking about the award, Kate McHale from Waterstones said: this year we are delighted to name... an author whose words have had a unique impact on our world.

"Greta Thunberg's speeches have been an inspiration to millions."