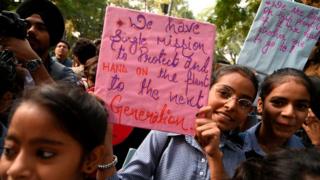 Millions of children around the world have been taking part in a global climate change protest.

Protestors from over 100 different countries took part in demonstrations aiming to put pressure on governments and decision-makers to do more about climate issues.

Lots of children all over the world think that adults, politicians and big companies aren't doing enough to tackle climate change, and they want their voices to be heard.

If you or your class are getting involved in the strikes, let us know where and what you're doing, in the comments below.

Where are the strikes happening? 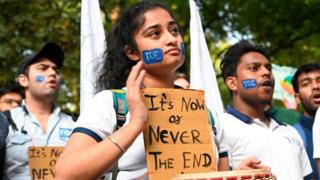 These students in Delhi were protesting.

One held a sign that says "It's now or never. The end" 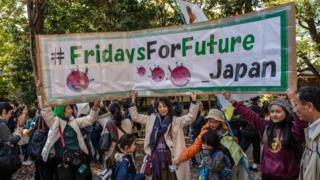 Student in Japan held a sign that said "#FridaysForFuture".

Fridays For Future is part of the wider Global Climate Strike Movement. 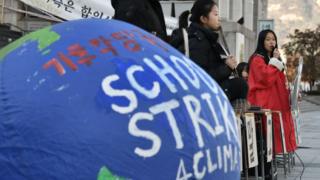 These people in South Korea used microphones to get their message heard. 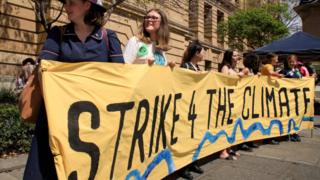 Protestors held a banner up in Brisbane.

They formed a massive strike and marched from one big park to another. 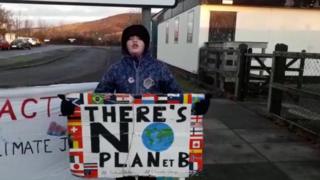 Finley's was protesting in Ullapool with his school.

He made a sign using prints of flags from all around the world, and it says "There's no planet B". 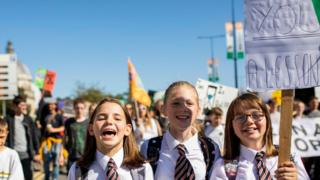 Kids were protesting all across the UK.

These kids were making their voices heard in Cardiff. 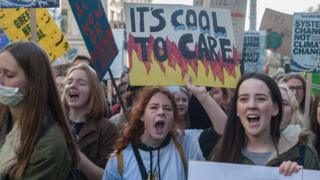 Kids in London protested across the capital.

One of the signs said "It's cool to care".

Meet the classical musician challenging Stormzy in the charts

Vote: Should all children be read stories in class?