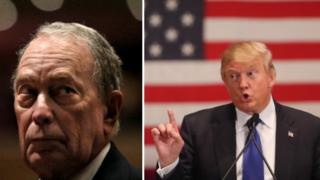 One of the richest men in America has officially entered the race to become the next president of the United States.

Michael Bloomberg is a billionaire and he's standing to be a presidential nominee for the Democratic Party.

In a statement, the 77-year-old said he was standing "to defeat Donald Trump and rebuild America".

Find out more about US politics and the presidential election

Donald Trump officially wants to be US president again 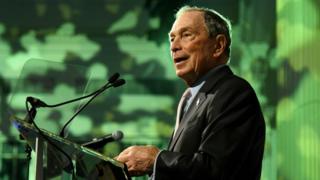 The next US presidential election vote will take place on 3 November 2020 and the two parties involved are the Democrats and the Republicans.

Because Bloomberg has joined the race, it means there are now 18 candidates from the Democrat party who want to take on Mr Trump in 2020. 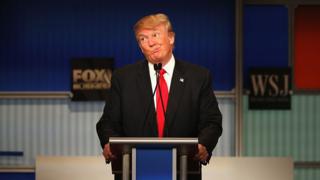 Earlier in November President Trump joked that there was "nobody I'd rather run against than little Michael".

Bloomberg applied to be a candidate the very same day.

Who is Michael Bloomberg?

Michael Bloomberg is the eighth richest man in American, with a net worth (total value of everything he owns) of 54.4 billion dollars.

He was born in Massachusetts and worked in banking for a while, he then created a media company, called Bloomberg.

It's a huge company that looks at things like finance and data. 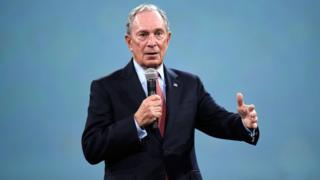 This is not Mr Bloomberg's first time in the world of politics - in 2001 he became the mayor of New York - and stayed in the job until 2013.

Hobbies-wise, he owns both planes and helicopters which he regularly flies, and he loves skiing.

US Election 2020: How do you become president?