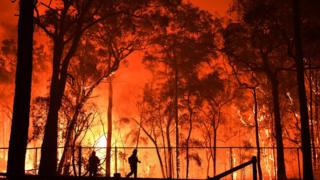 Rescue efforts are continuing in Australia after huge wildfires spread through New South Wales and Queensland.

Thousands of people in both areas have been evacuated from their homes for their safety.

Learn more about extreme weather around the world

But it's not just humans being impacted by the bushfires, many animals have been affected as their habitats have been destroyed by huge blazes sweeping through forest areas.

Rescue teams are now on a mission to save as many wild animals as possible. 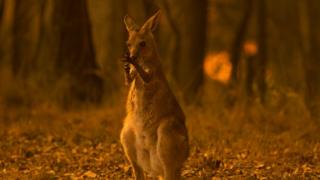 Getty Images
One kangaroo in Australia needed oxygen during the bush fire.

One of Australia's best known animals, these marsupials are usually found in rainforests in Queensland but each species has a different place it likes to call home.

Kangaroo populations have been affected by their fires burning through the forests but workers from animal shelters have saved young kangaroos from wildfires burning near Sydney.

One firefighter even used oxygen to help a kangaroo suffering from smoke inhalation around the wildfires in New South Wales. 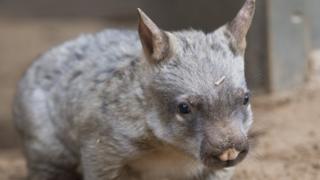 Getty Images
Wombats are native to the Australian bush

Two wombats were airlifted to safety from fires burning on the New South Wales central coast.

The cuddly creatures were evacuated by helicopter and have been taken to a wildlife park to keep them safe. 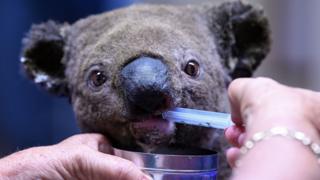 Getty Images
Koalas are needing lots of extra care after the bush fires !

Koalas are another of Australia's most popular and well-known animals. But now they are under threat because of wildfires, with thousands affected.

There's some good news though as dogs trained to sniff out and rescue koalas are being used.

One dog, called Bear, has been nicknamed the "koala detection dog" by the International Fund for Animal Welfare.

Bear and his handler are helping in rescue efforts in Ngunya Jargoon, an area in New South Wales that has been affected by the fires in the last month. 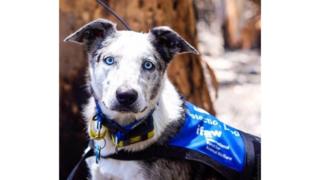 PA Media
Bear to the rescue! This brave dog has been sniffed out trapped koalas and helping rescue them