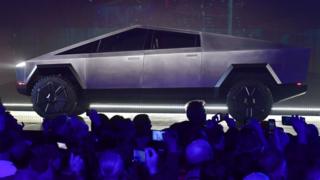 The special car is powered by electricity, which means it doesn't contribute to climate change to the same degree as other vehicles.

Tesla is owned by South African Billionaire Elon Musk, who also own SpaceX.

Musk said the car design was influenced by a James Bond movie.

Space car goes around the Sun!

Up and away! Nasa to allow tourists on ISS

First tourist to the Moon revealed 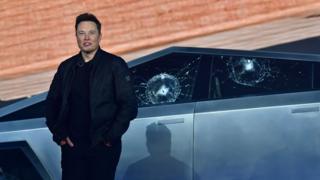 Getty Images
This isn't how the Cybertruck is supposed to look!

The whole thing didn't go quite to plan, though.

Musk said the car has shatterproof windows, made out of something called armoured glass, which is meant to be way more durable than the usual material that's used.

He challenged his colleague to smash the door with a sledgehammer, expecting it wouldn't break - it did, oops! 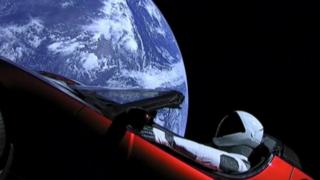 Elon Musk's created lots of weird and wonderful designs - last year he sent his own car into orbit!

It was attached to the world's most powerful rocket - the Falcon Heavy. It was successfully launched into space, and his car is still up there somewhere.

Back on Earth, Musk's Cybertruck is now available to buy - but it will set you back about £30,900!