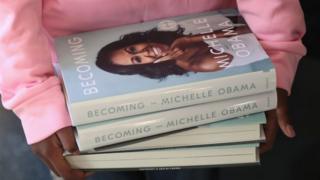 Former First Lady Michelle Obama has been nominated for a Grammy!

The lawyer, who's described by many as a role model for women, has been nominated for Best Spoken Word Album award for her audiobook version of Becoming.

Listen up! Michelle Obama raps at the White House!

The book released in November 2018 gives us a peek into her life, meeting her husband Barack Obama (44th president of the United States), and her life before and after the White House.

It's been quite a journey to becoming the first African-American first lady - here are five things that we've learnt about her.

I'm an ordinary person who found herself on an extraordinary journey. In sharing my story, I hope to help create space for other stories and other voices, to widen the pathway for who belongs and why.

She's always been determined to succeed 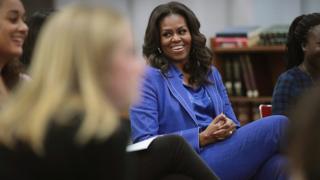 After putting Princeton, one of the top universities in America, as her first choice at high school, she was told that she "wasn't Princeton material" by her student advisor.

But this didn't stop the young and determined teenager as she found another way to get in.

She persuaded her assistant principle to write a recommendation letter and then wrote an excellent admission essay, which was accepted by the university.

She wants to make a difference 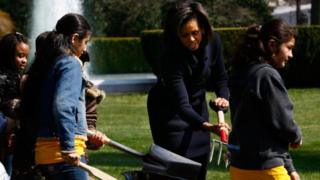 Michelle has been involved in many campaigns since entering the White House.

One that stands out in her book is the White House Kitchen Garden project.

She persuaded the National Park Service to tear up the famous lawn that leads up to the White House to plant fruit and vegetables.

She did this to spread a message about childhood obesity and to promote a healthier America. 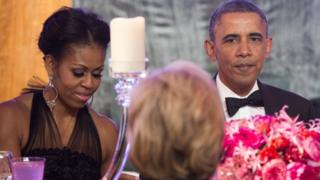 Getty Images
From posh meals at the White House to good old cheese on toast, she can do it all!

The book starts with her having a moment alone after coming out of the White House, where she is relaxing in her home and ready to tuck into a slice of cheese toast! 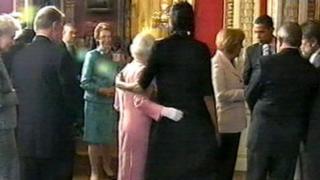 Getting cosy with the Queen

The queen is not known for being a hugger, but Michelle got extremely lucky on her visit to the UK in 2009.

The Queen must have felt pretty comfortable as her and Michelle were seen placing their arms around each others waists.

She likes to join in with the crowd 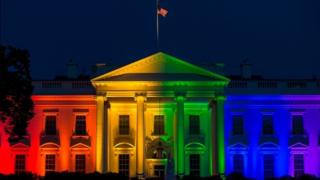 When same-sex marriage was passed in fifty states in the US, Michelle wanted to join in with the celebrations.

When she saw crowds gathering outside of the White House, she grabbed her daughter Malia and ran outside to the lawn.

She was able to look up at the White House and share the same view as everyone else, whilst celebrating such an important moment in history.