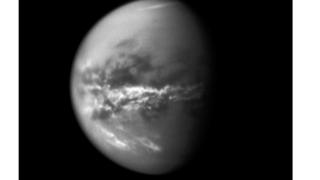 Here on Earth we have one moon, whereas Saturn has an incredible 82!

The biggest of Saturn's moon is Titan, and US space agency Nasa say they've found it has an 'Earth-like terrain', or surface.

Discover more space stories that are out of this world

Scientists from NASA have drawn a global map of Titan using information gathered by the Cassini probe on its mission to Saturn.

It's is first ever complete map of Saturn's surface. 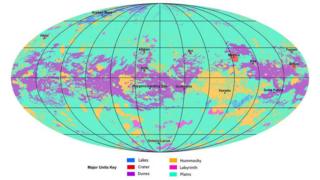 NASA/JPL-Caltech/ASU
The map that NASA scientist have drawn showing all the exciting new things they have found on Titan!

Cassini took more than 100 fly-bys of Titan, zipping past the moon and collecting lots of data about it.

The data gave NASA scientists all the information they needed to map out just what was on the surface of Saturn's biggest moon.

Learn more about incredible Cassini and its epic mission

Cassini's mission coming to an end

How else is Titan similar to the Earth? 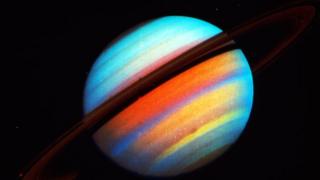 Getty Images
Saturn with its many rings captured by Nasa

Earth and Titan are the only planetary bodies known to have stable liquid on their surfaces.

Unlike Earth, Titan doesn't have water in it's rain and clouds or filling its lakes.

Titan is very gaseous - the two gasses that we know are on the moon are methane and ethane.

They are actually called hydrocarbonsand are gasses that act like liquids.

What do you think about the cool new discovery? Let us know in the comments.

'Climate emergency' is Oxford dictionary's Word of the Year 2019

Will football come home for England...again?

More Scottish pupils to return to school before Easter